Two Little Cottonwood Canyon skiers were caught in an avalanche yesterday. One is recovering from several significant injuries suffered during the slide in an area near Tanners Campground that was 60 feet wide, 3 feet deep and slid for 200 feet. Mark Staples of the Utah Avalanche Center spoke with KSL News said they were lucky to make it out alive:

“They were caught. They weren’t buried. They were injured and they had to be hauled out of there. Wasatch Backcountry Rescue, Alta and Snowbird ski patrols saved his life”

One skier suffered injuries to a leg, ribs, shoulder and face. The rescuer got the man to safety in three hours:

“Which is really fast because they had to do it on foot, in snow probably this deep, dragging him through the snow to cross Little Cottonwood Creek. I know for a fact they were wading in the water, going back and forth, passing him across, and then they had to drag him uphill to get him out of there.”

Avalanche forecasters warn that this incident this is concerning as it occurred a lower elevation in a forested area with trees.  More avalanches are possible at lower levels in the days to come and they fear someone who is less experienced could be caught by surprise.

“We are worried. We’re trying to get the message out, you know, if you’re going snowshoeing, walking your dog — anyplace in the mountains where you have steep slopes — you could have an avalanche.”

Avalanche Date: Tuesday, December 13, 2022
Region: Salt Lake » Little Cottonwood Canyon » White Pine » Pink Pine
Location Name or Route: Pink Pine
Elevation: 7,800′
Aspect:North
Trigger: Skier
Trigger: Unintentionally Triggered
Avalanche Type: Soft Slab
Avalanche Problem: Persistent Weak Layer
Weak Layer: Facets
Depth: 3′
Width: 60′
Vertical: 200′
Accident and Rescue Summary Preliminary Information:
Two skiers were exiting the Red Pine Drainage in Little Cottonwood Canyon. While doing this they were below the summer hiking trail. The first skier triggered the avalanche just northeast of Pink Pine Ridge (see map below). As the second skier followed some distance behind the first, she saw there had been an avalanche. She started searching for the other skier with her transceiver, but then she saw him on the surface of the snow and called 911. The first skier sustained serious injuries.Rescuers from Wasatch Backcountry Rescue, Snowbird, and Alta Ski Patrols responded and transported the injured skier out downhill towards the Tanners Flat Campground, across Little Cottonwood Creek, and to an ambulance. More details to follow after an accident investigation. 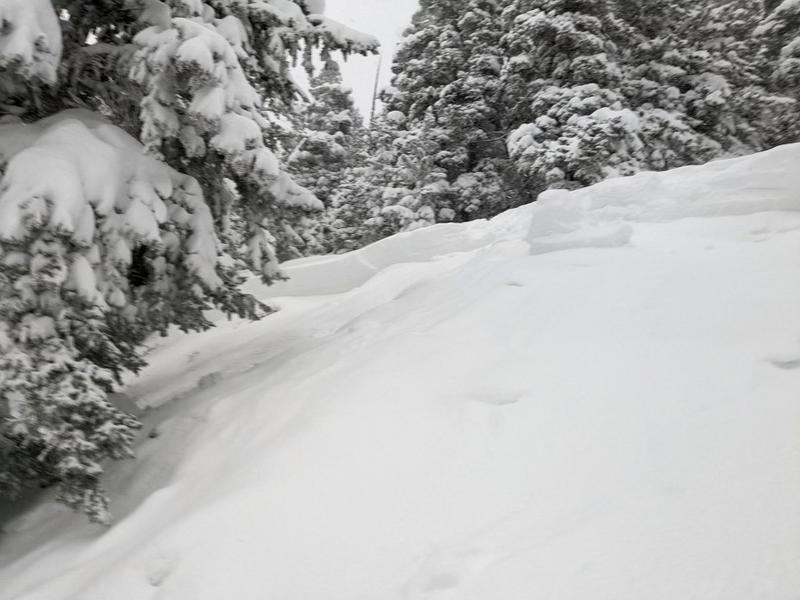 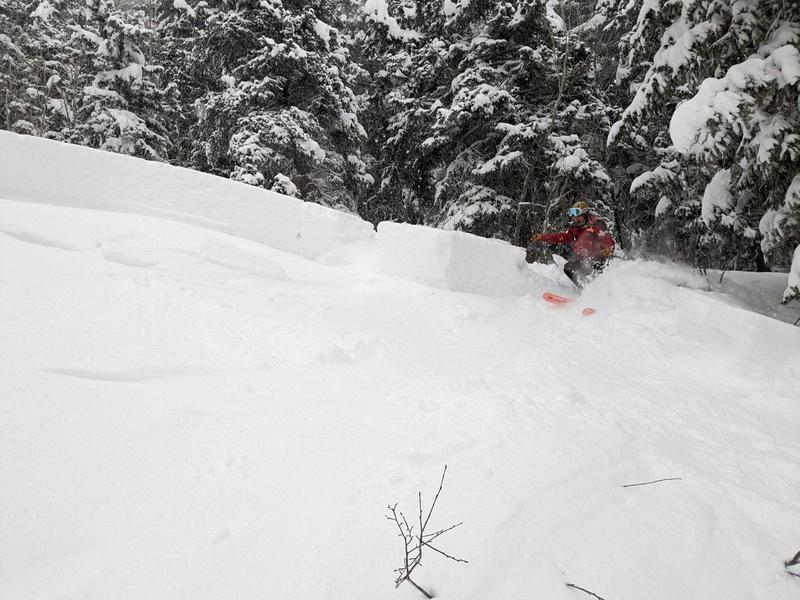 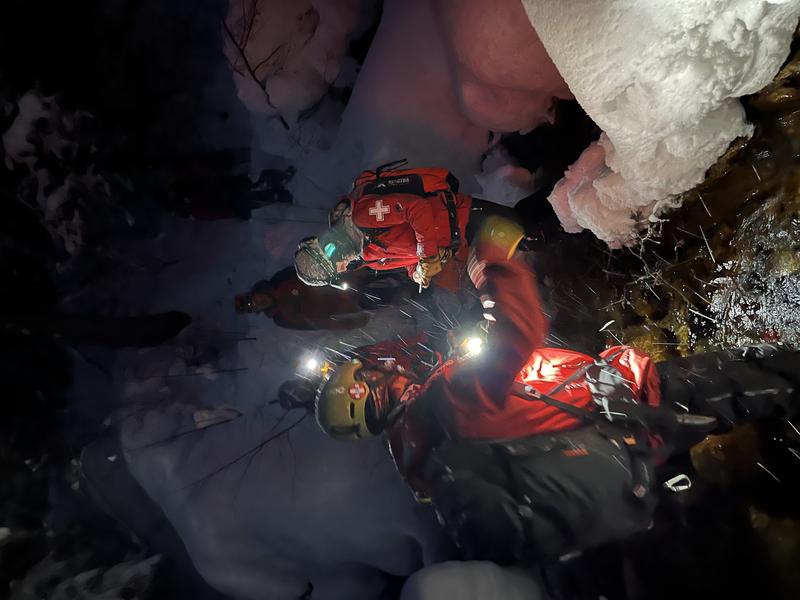 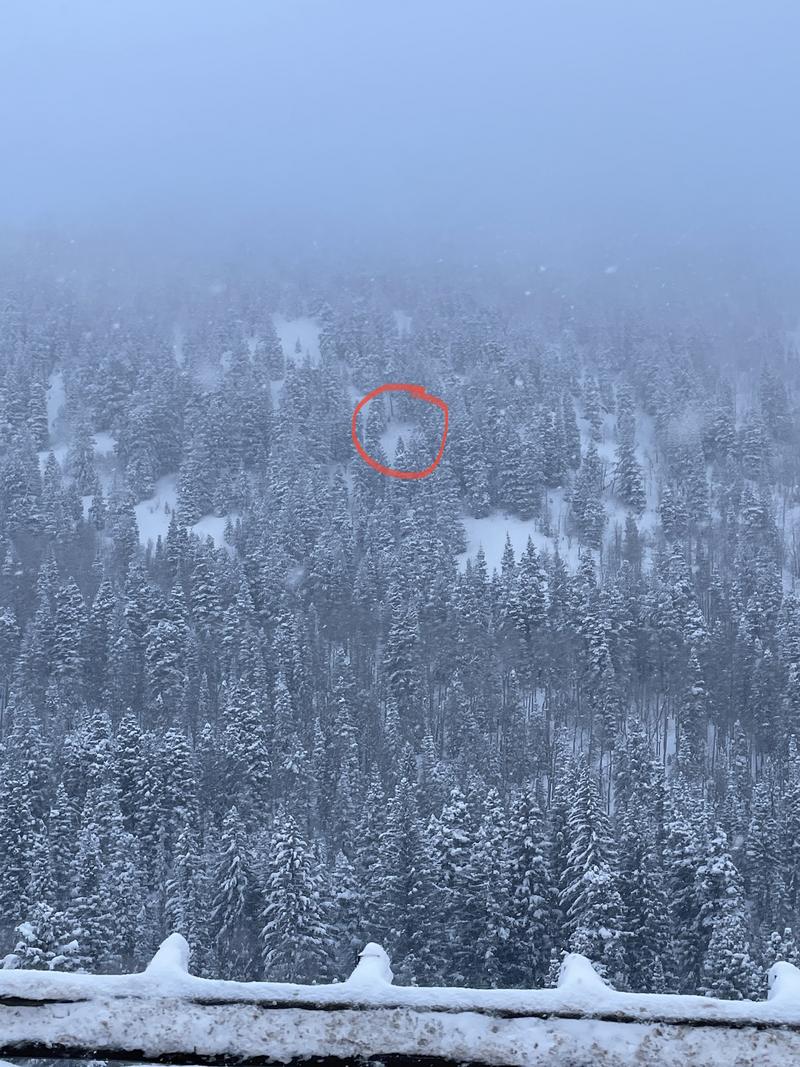 Terrain Summary:
This was a steep north facing slope at 7800′ above Little Cottonwood Creek and below the summer hiking trail.
Weather Conditions and History:
After a long dry spell in November the snow surface faceted throughout the Wasatch. This layer was buried on or around November 27th. Alta reported 38.5 inches and 1.96″ of water in this most recent storm which is ongoing. How Deep Is The Snowpack In Little Cottonwood Canyon? (SPOILER: It's DEEP)