Mount Bohemia is an outlier in the North American ski industry.

It has steep terrain, the biggest vertical drop in the Midwest, consistent snowfall, a Nordic spa, and one of the cheapest season passes in the country. As someone who’s an East Coaster, it’s definitely near the top of my skiing bucket list.

Last week, I got to talk with Steve Rowe, a weather expert and one of the core designers of Voodoo Mountain, which is home to Mount Bohemia’s snowcat skiing network.

I went into the conversation with two simple questions:

Why does this mountain in Michigan get so much snow, and what makes their snowfall different than other powder hunter destinations? 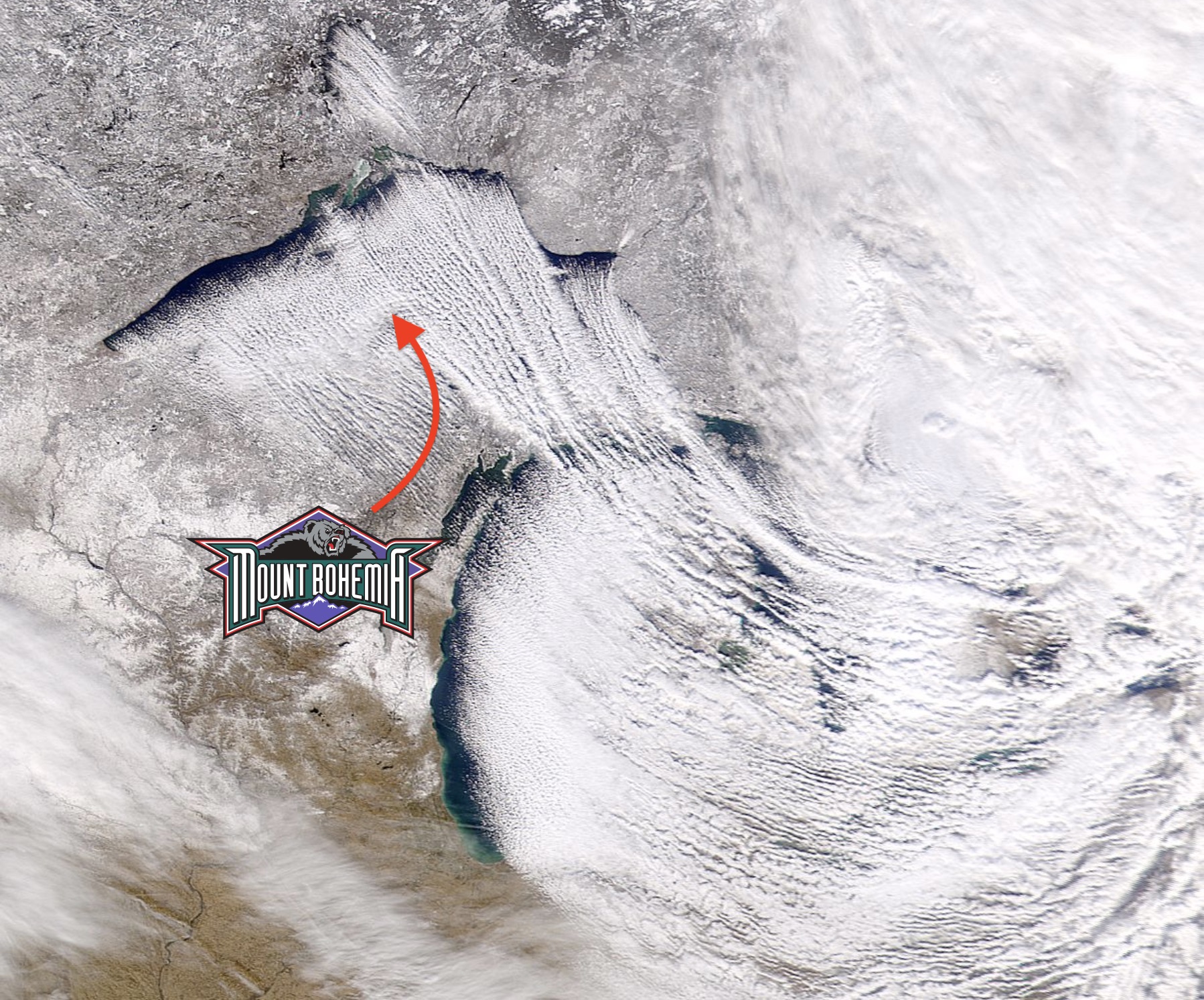 ^You can literally see the storms from space piling snow on Mount Bohemia when the lake effect cycle is underway.

The first reason is its geographical location.

Mount Bohemia is located near the northernmost tip of the Upper Peninsula, completely surrounded by Lake Superior. Because of its location, Boho receives consistent dosages of lake-effect snow throughout the winter and spring.

Instead of the mega dumps that usually hit Utah, the Pacific Northwest, or California, they get smaller accumulations of 2-4-6-8 inches of snowfall on nearly a daily basis.

Boho is accustomed to consistent refresher storms. Their reported average is a whopping 273″ of annual snowfall. In three of the past five seasons, they got over 300″ of snowfall.

During January and February of this year, there was new snow accumulation on 51 of 59 days. That’s 86% of days over a two month stretch for those of you keeping score at home.

That consistent snowfall kept a deep snowpack going into the late spring.

Snow that’s below 7% is considered light, and above 11% is the heavier snow you see in the Cascades. In comparison, Utah, which has the self-proclaimed “Greatest Snow on Earth,” sees an 8.4% average moisture content.

If you’re going to be in the Midwest this winter, go purchase a season pass at Mount Bohemia and visit.

There truly isn’t any ski destination on the planet like it.