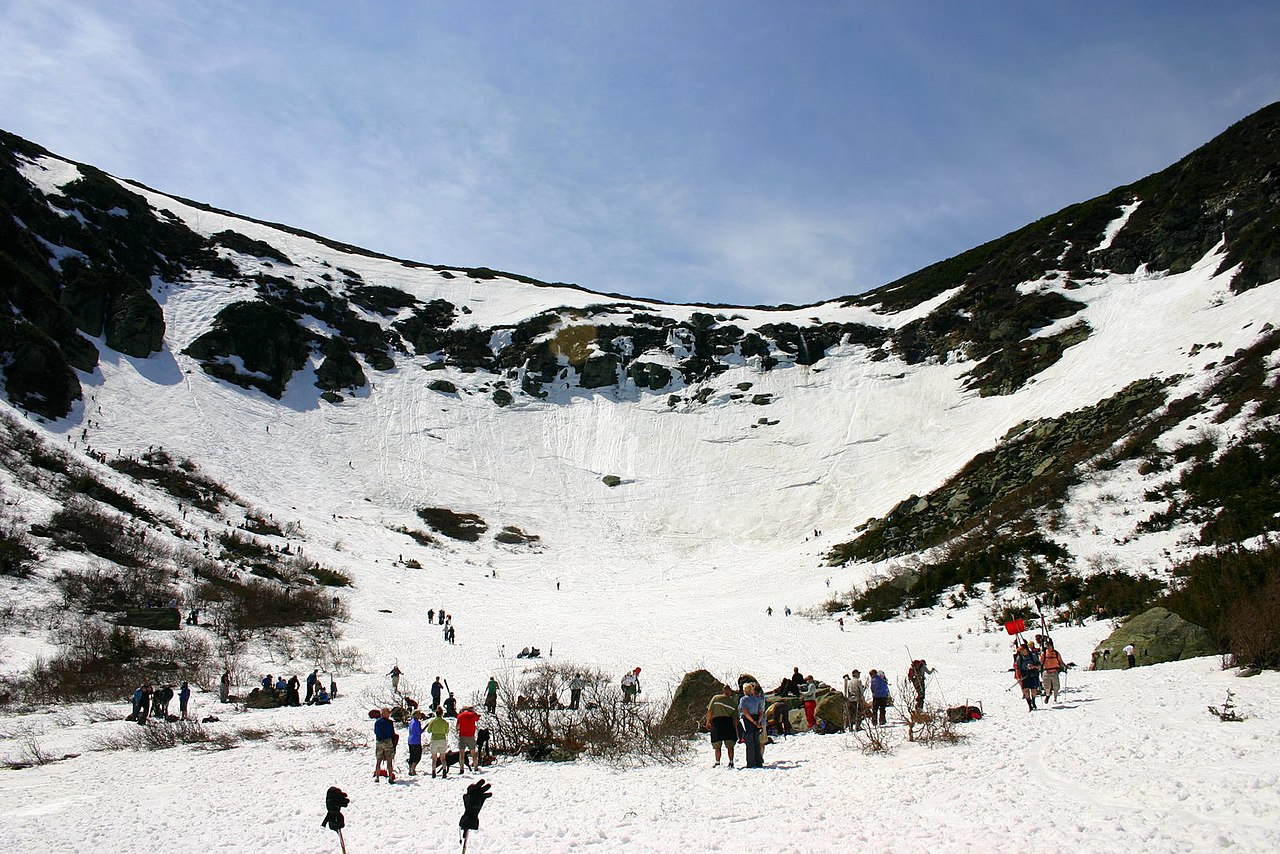 Tuckerman Ravine is one the only big mountain backcountry spots on the entirety of the eastern seaboard, and its legend has spread across the globe.

Tucks, as the locals call it, is a spring skiing hub that provides ample challenge for the best skiers and riders.

redfernrabbitohs: “April 9, 2011 – Hiking Tuckerman’s Ravine on Mount Washington in New Hampshire along the Chute. A friend and I are standing behind the boulder to avoid oncoming sluff. I was filming for really no reason other than to capture the size of sluff coming down the hill. Then, this guy cuts in between us for, at the time, I thought no reason. That was not the case… Two seconds later, a helpless girl comes flying face first down the mountain at a barreling speed (40-45 MPH) on a 55 degree slope. Roughly 150 pounds of woman, clothing and ski gear rifles down the hill and continues to take out on an unsuspecting hiker. Not the best thing to see on your first ascent on Tuckerman’s but I did strike gold because I didn’t realize i had caught her on film til we got back to the base… Slow mo around the 35/40 second mark….Enjoi!”