Generally, when I go skiing, I pick one resort and stay there all day. I’m fairly sure that’s what most people do. Traveling between mountains would just take so much time away from shredding. Kyle Kelly, however, seems to think a bit differently. Up until last weekend, the world record for the most resorts skied in the span of 24 hours was 17, set in Japan. Kelly skied 23 across the state of Michigan.

Beginning at noon on February 26th, Kelly went from mountain to mountain, through the night, skiing until just before noon on February 27th. The hardest part, according to Kelly, was working with the Guinness Book of World Records’ standards and rules. All 24 hours had to be recorded, and an independent observer was required to confirm the runs. 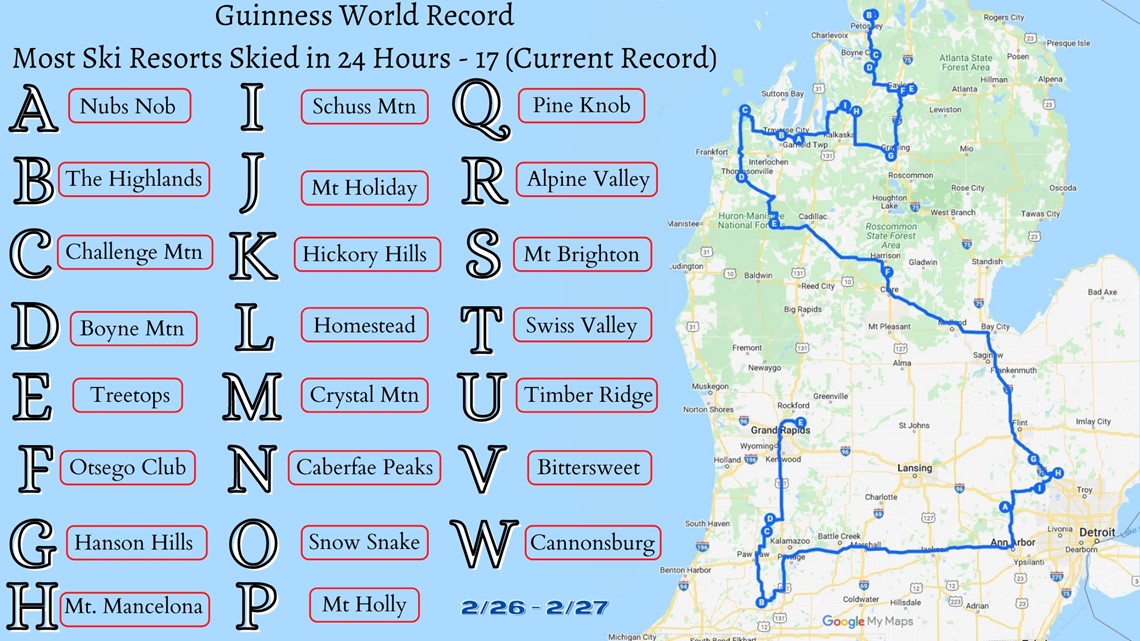 I know there’s a good chance some readers are thinking “Michigan ski slopes!? Those are hardly hills!” But please hold your criticism. This is still incredibly impressive. 24 hours of pure skiing is VERY intense and takes a lot of effort. Kelly has completed a pretty awesome task here.