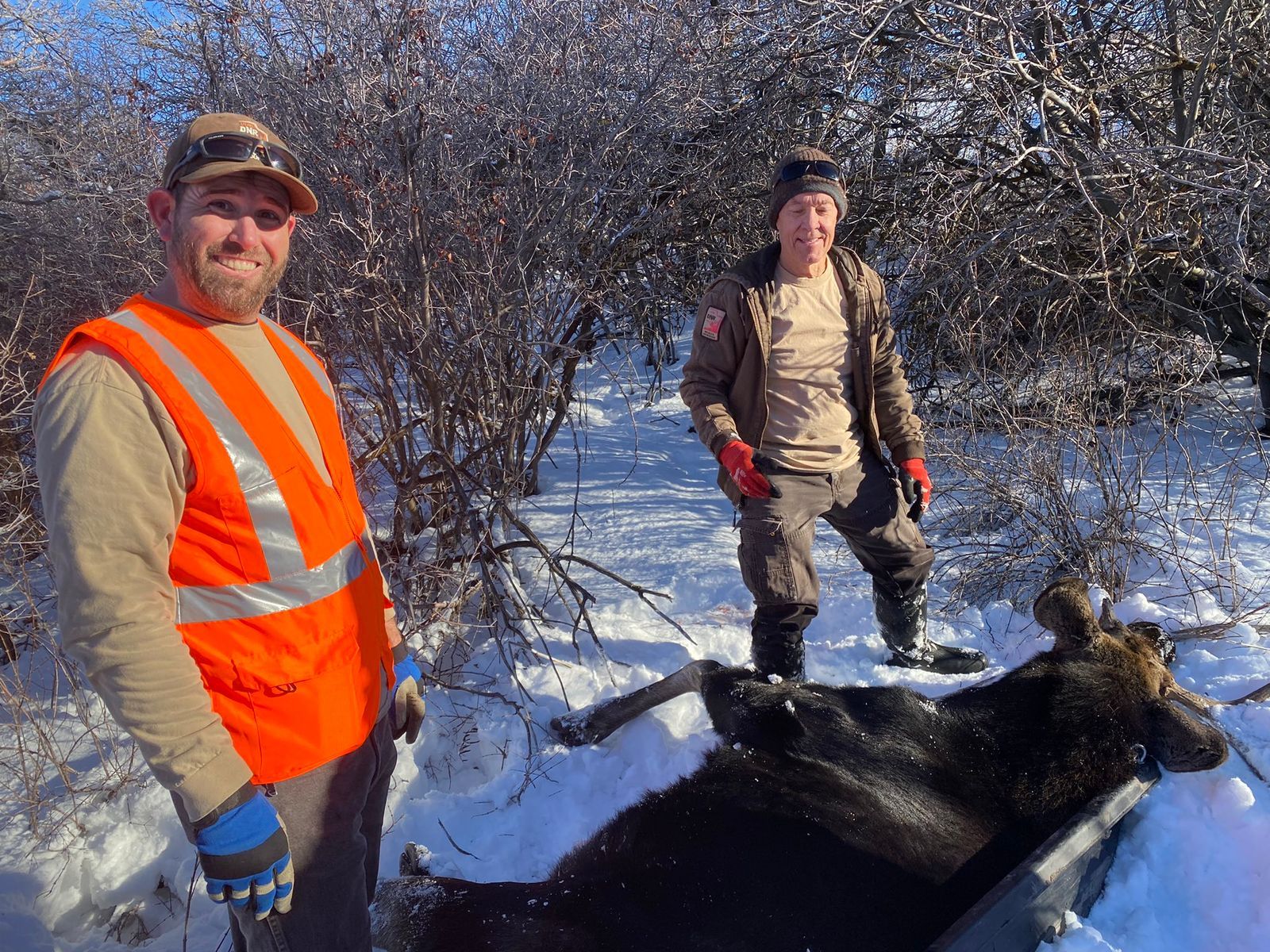 The Utah Highway Patrol announced on Twitter yesterday afternoon that I-80 had been closed in both directions due to two rogue moose wandering the freeway.

The moose had apparently just robbed a bank nearby, but forgot to figure out a getaway ride. Rather than run into the wilderness, the big beasts decided to book it down I-80 to create their own Hollywood police chase scene.

State troopers are closing I 80 down in both directions of Parleys Canyon. There are two moose loose and as soon as we can and have them tranquilized and transported out of the area the canyon will re-open permanently. Please use caution as you approach our emergency vehicles. pic.twitter.com/08bCsfVPCD

The moose burglars were eventually apprehended and tranquilized by authorities nearly two hours after the road closure. Turns out all they stole from the bank were the free lollipops and pens. They were returned to a different location, and the highway was reopened.

I was trying my best here to make a funny story a little bit more comical, but I realized that some people on the internet will actually think I’m serious. So, let me clearly state that the moose didn’t actually rob a bank. I don’t want to start some grand conspiracy theory that all moose are bank-robbing thugs.

In fact, the moose were actually running from authorities after their plan to blow up a children’s hospital was foiled. You just can’t make jokes on the internet anymore these days, can you? Everything has to be so serious and matter-of-fact or you’ll get accused of sharing “fake news”.