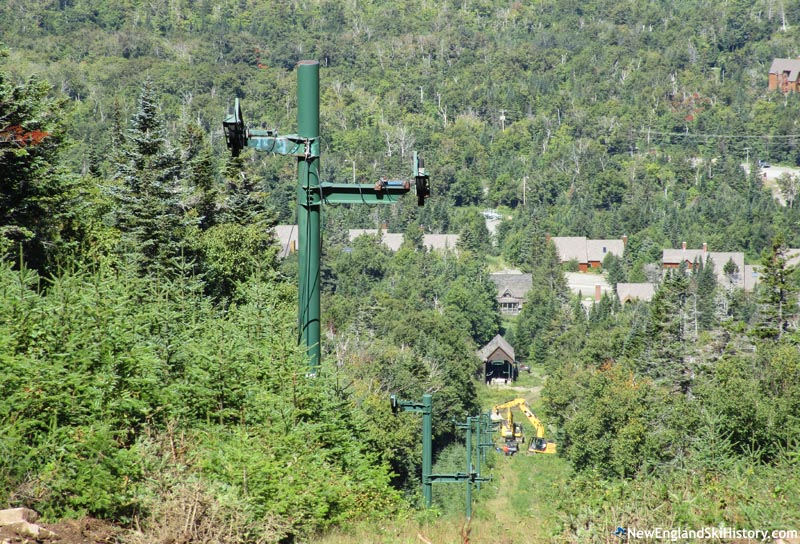 Saddleback’s transformation in Maine continues this offseason, as a mountain biking park is currently being constructed, and the replacement of their old T-Bar has begun. Named the Cupsuptic T-Bar,  this lift will help Saddleback have a lift available for racers, along with situations when their new high-speed quad can not operate due to wind holds. Their old t-bar lift grew dysfunctional during the years when the mountain was closed to the public, and removal of the lift began in the summer of 2020. Other offseason plans include a new mid-mountain lodge, a solar farm, more base lodge dining options, added parking, new guest shuttles, and snowmaking and grooming upgrades.

After being shut down since 2015, Saddleback reopened in 2020 with heavy investments from its new ownership group: Arctaris Impact Fund. Upgrades made before last winters reopening included a renovated base lodge, updated snowmaking system, and a new high-speed quad that replaced a dilapidated double chairlift. For their first summer that they’ve been open in over half a decade, Saddleback will have hiking, guided tours, and open restaurants at the resort. The local Rangeley area also has a load of activities, which include hiking, kayaking, swimming, golfing, fishing, and birding. If you’re ever in Maine, go check this gem out. You won’t regret it.