^Ski lifts can be seen in the background of the wreckage.

According to Reuters, a Swiss air force Tiger F-5 jet crashed near the Swiss ski resort of Melchsee-Frutt yesterday.

The pilot reportedly ejected prior to the crash and is okay. No injuries have been reported at this time.

The Tiger F-5 jets were purchased from Northrop Grumman by the Swiss military back in 1978.

The planes are only used for training missions, and the incident occurred while the pilot was participating as a “sparring partner” with two other Swiss aircraft.

Pictures of the incident were shared by Reddit user u/cvnh. 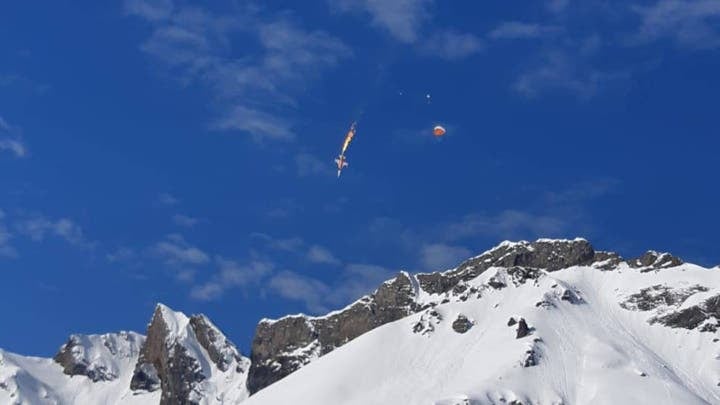 The photographer somehow manage to capture what appears to be the plane going down in flames and the pilot parachuting away.

We’re glad that nobody was injured in the incident, but holy shit!

Can you imagine if a military jet crashed landed into your home ski resort?