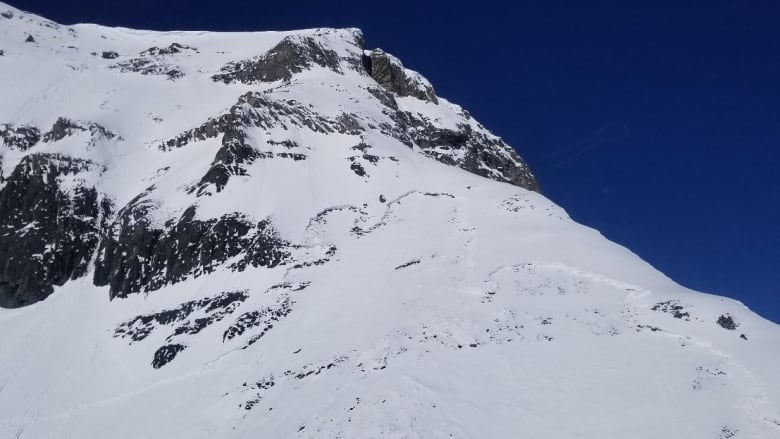 Global News is reporting that a skier was caught and killed in an avalanche near Lake Louise in Banff National Park yesterday morning.

The skier was one the NE face of Haddo Peak.

Our thoughts and condolences to the friends and family of the deceased.

Global News: “One person was killed Monday in an avalanche near Lake Louise, according to EMS. Parks Canada said the avalanche was on the northeast face of Haddo Peak, at the far end of Lake Louise, and paramedics with the Banff EMS detachment said they were called to the area at about 9:30 a.m. A preliminary report from Avalanche Canada said two people ski touring up Haddo Peak triggered a “Size 2 Avalanche, which released at an elevation of 2,950 metres on an east-facing, shallow snowpack area” at around 9 a.m.