The next incoming storm system will impact primarily Montana and Wyoming Monday/Tuesday. Some snow will also extend south into Utah. Moderate amounts are possible in the Tetons and near Red Lodge Mountain with some outliers grabbing 9-12 inches of snow.

The next storm system that I advertised on April 2nd (Not an April fools joke) is still on tap to roll through the Rockies Monday/Tuesday. Montana will begin to see snowfall Sunday night into Monday favoring areas east of Missoula (The snowbowl will see some light snow, with higher amounts further east and south). Models are in some disagreement on this storm with the American GFS pointing to a decent system for the higher Teton Range, with other models bringing the highest amounts further north towards Red Lodge Mountain and perhaps even Big Sky or Bridger. Winds are NE over Red Lodge (Good direction for heavy snow) while further west or south the winds appear to veer to the NW (Good for Bridger, Big Sky and Targhee). Many areas from Montana and Wyoming and perhaps even Utah will see snowfall from this April storm.

The Bottom Line:  (Be sure to check to see which resorts are still open in your region).

Please check out these early season pass rates from IKON for the lowest prices for next seasons!

*Tetons will see moderate snow above 9,000 feet favoring Targhee Monday PM and Tuesday AM. WRF, NAM, and a few other models point to highest amounts near Red Lodge. The GFS brings the heaviest amounts to the Tetons however averaging all models we are still looking at a 3-9 inch event. Red Lodge might see 9-15 inches depending on which model you want to believe. Confidence is increasing for this solution.

*Light to perhaps moderate snow will edge into Utah for Tuesday (3-7) especially the higher elevations.

*Temps are very warm preceding this system and will drop rapidly with a cold front Monday to Tuesday. Temps will warm again on Tuesday. Some valley locations below 7,000 feet might initially see rain, changing to snow before perhaps warming re occurs at some point Tuesday afternoon in Wyoming.

Below: GFS putting the highest amounts in the Tetons for Tuesday. Other models push higher amounts further north.  This models appears to be the outlier so confidence is low on this solution. 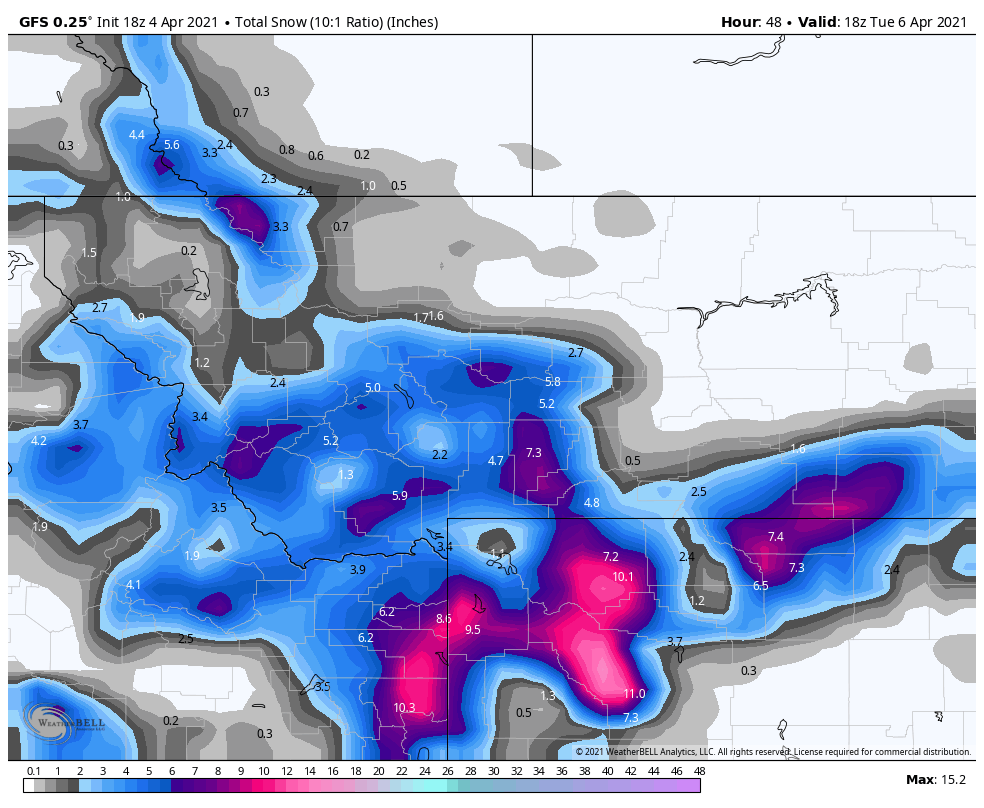 Below: NCEP WRF model showing highest amounts on the Montana-Wyoming border near Red Lodge Mountain (14.0 on the map) with only moderate amounts further south in the Tetons. My confidence is higher in this solution. 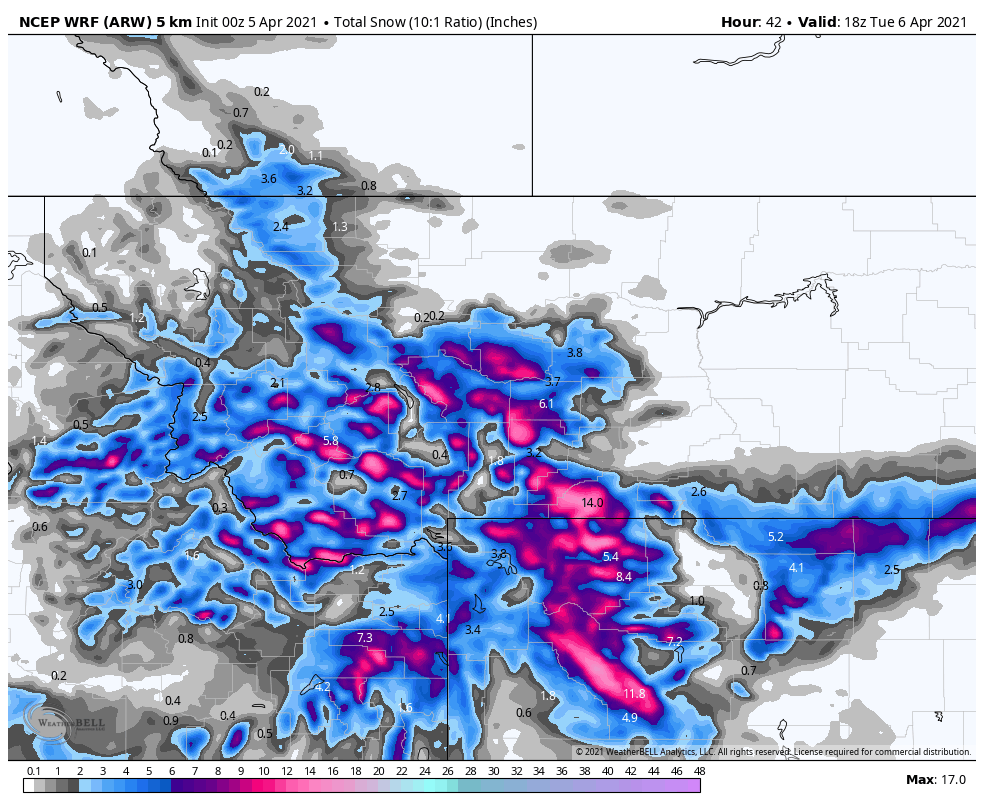 I will try to update this post late Monday.

Enjoy the spring powder everyone! (I remain on the injured list with torn hamstring ligaments).