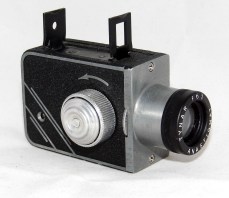 A Siberian skier is short a few rubles after the Russian government asserted his $30 Chinese-made goggles outfitted with a camera qualified as a “spy gadget.”

Convictions for the so-called “illicit traffic” of spy gadgets have apparently soared since 2011. Intelligence operatives are reportedly also on the lookout for shoes that can extend into skis, poles that can be made to smuggle vodka, and trees that speak Finnish.

According to a report in the Moscow Times:

“Alexei Zhavoronkov was said to have ordered a $30 pair of ski goggles with a built-in camera from a Chinese online marketplace. Local media reported that Russian customs officials confiscated the gadget last fall because it contained unidentified ‘equipment banned in Russia.’”

Rumors have also begun to circulate within the highly-niche skiing-and-spycraft community that the unnamed skier may have been colluding with OntheSnow.com to scope some hard-to-get conditions reports on base depths on the Siberian Steppe. Russian intelligence is known to be waging a continuous disinformation campaign against any reports that snow in the region is anything less than totally bomber.

Maintaining his innocence, the alleged mastermind said he could not have been gathering top-secret beta because the goggles have no memory card.

“I was just touring the tundra’s world-famous cathedral spires,” the accused is purported to have remarked.  He will be held in the reportedly ultra-posh Gulag Lodge until his case is resolved.

This piece is *mostly* a work of satire. Those poles really could smuggle vodka, though.