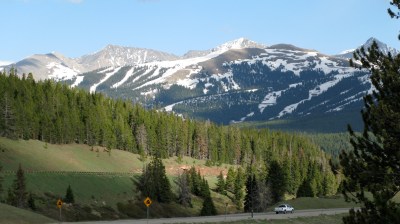 To the average Unofficial reader, the above probably reads like a bucket list of North American ski destinations.

It’s actually eight of the top ten states in terms of suicide rates in America.

That’s why the snowsports community owes huge props to Vail Resorts CEO Robert Katz for his continued support of mental health program and facilities in American ski communities. A recent donation of over $650 thousand to mental wellness causes in Colorado’s Summit County by Katz and his wife put their charitable giving to this cause at more than $2 million.

Vail Resorts, in a release:

“announced that Chief Executive Officer Rob Katz and his wife, Elana Amsterdam, have made significant contributions totaling more than $2 million to support emotional wellness programs in nearly every mountain resort community in which Vail Resorts operates. The 30 grants were issued by the Katz Amsterdam Charitable Trust and will impact thousands of people seeking mental and behavioral health support across North America.”

Last Spring, a meta study published in the Harvard Review of Psychiatry firmed up the links between living at altitude and increased risk of suicide. The meta study:

“analyzed 12 studies, most performed in the United States, including population-based data on the relationship between suicide or depression and altitude. While the studies used varying methods, most reported that higher-altitude areas had increased rates of depression and suicide. In general, the correlation was stronger for suicide than for depression.”

What’s less understood than the relationship, and why Katz’s support is so important, is why ski towns are so susceptible to suicide.

Some have called it the “paradise paradox:” living in idyllic mountain retreats should make us feel whole and blissfully satisfied, the thinking goes, so when life’s normal problems continue to encroach in paradise– we feel all the more lost.

While it’s not a topic that’s comfortable to slip into discussions of conditions reports and base depths, we should be thankful for the contributions of those like Katz to the cause of mental health as long as the problem of suicide persists and the cause remains unknown.

And we should encourage other leaders in the snowsports industry to follow suit.