Aspen Skiing Company’s newly released “Give a Flake” campaign doesn’t pull any punches. Its crux is a direct appeal to voters and specific legislators, based on their voting record, to take action on climate change.

“Mobilizing people to vote, do their homework in advance, and then to get out and vote,” Aspen Skiing Company chief marketing officer Christian Knapp emphasized action as the key to the campaign.

The campaign’s webpage hosts a tool that allows users to enter an address to more easily reach out to their own lawmakers, not unlike Protect Our Winters or Outdoor Industry Association coordinated campaigns.

It’s a move that risks alienating customers who may deny climate science or be on the right of the political spectrum, but Aspen Skiing Company felt that the time was right. It’s admittedly been a behind-the-scenes force for political lobbying and activism for some time, but Give a Flake represents a transition to a more direct approach.

As for risking turning customers off by taking a stance, Knapp said the company decided that the potential benefits outweighed the costs.

“We talked about it, and it’s a risk we’re willing to take. For us to not take that risk is detrimental to us, the skiing industry, and ski and snowboard enthusiasts,” he said. “So far the biggest backlash we hear is about getting political. But how can we not get political when the core of what we do is threatened?”

The majority of the campaign will take place online but promotions will also appear in the October, November print editions of Outside, Freeskier, Powder, Transworld, and Aspen Sojourner. 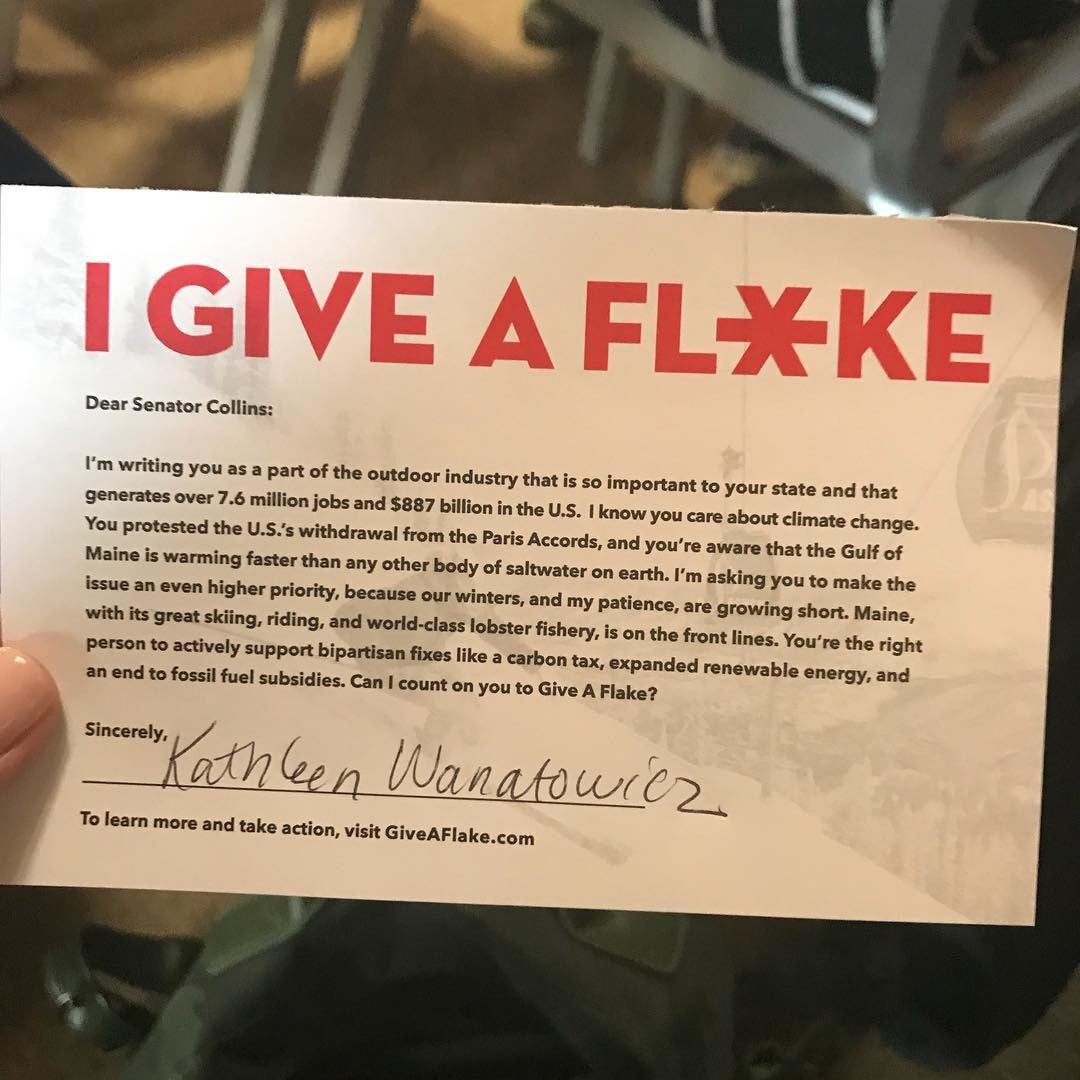 Aspen Snowmass is strategic when it comes to choosing specific lawmakers to target with its ads, relying on its in-house sustainability team to examine voting records. They’ve already heard from at least one Democratic candidate praising the ads and seeking to cooperate on some of its main issues.

Knapp calls the campaign’s message for these politicians “a nudge” to recognize climate change as a serious issue threatening people’s livelihoods. It’s a reality we powderhounds hounds knew we’d be foreced to face for some time, but for too long the message has fallen on deaf ears in Washington. Or at least Aspen Ski Co. thinks so.

Aside from November’s midterm election, Knapp looks forward to tracking participation in the mail-in campaign using postage costs as an indicator.

Find out more here: Give a Flake [Aspen Snowmass]