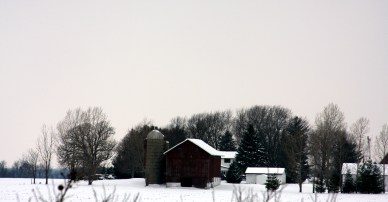 Skiers, unlike the world’s best criminals, are not fond of covering up their own tracks.

Related: Heavenly Skier Cited By Sheriff’s For Skiing Out Of Bounds

That affinity for leaving a track behind is resulting in one man having to grapple with his unsightly past that include domestic abuse allegations against his ex-girlfriend reports WHBL.com. In the Town of Lyndon, Wisconsin, the ex-girlfriend’s former flame, 63 year-old Michael Pecotich violated a restraining order when he visited his ex’s property on a pair of skis.

Her children saw the man in the yard and law enforcement officials would later find his tracks and footprints in the snow. When they pulled over the man in question, they discovered snow-covered skis. The accused is charged with violating a restraining order, disorderly conduct, and– wait for it– “repeat possession of marijuana and drug paraphernalia.”