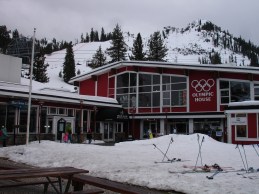 While the Placer County Board Of Supervisors recently approved Squaw Valley’s proposed development plans, one Tahoe-based conservation group is far from giving up the fight to #KeepSquawTrue.

Sierra Watch filed suit today against the approval of those plans saying that the process by which they were approved was illegal as it pertains to “state planning law,” said executive director Tom Mooers.

“The Brown Act is based on the very simple idea that our government will make better decisions when it does so in the light of day, when the public can participate. What happened in the meeting, when the public finds out during a live event … they’re completely excluded from having any meaningful input — that’s not legal.” – Isaac Silverman, Sierra Watch Staff Attorney

If executed in its entirety, the plan would add 1,493 bedrooms, high-rise condos, and a 90,000 square foot waterpark the size of a Wal-Mart. The suit states that the Placer County officials failed to accurately project and account for the impacts of such a development on the surrounding environment. Those impacts would include increased traffic, damaged watersheds, and irreversible changes to wildlife habitat in the north Lake Tahoe region. Mooers hopes the suit will result in a downscaled version of development that will consider all Lake Tahoe residents– not just those visiting Olympic Valley for the first time.