That Time Fidel Castro Visited Portillo And Things Got Out Of Hand...

That Time Fidel Castro Visited Portillo And Things Got Out Of Hand... 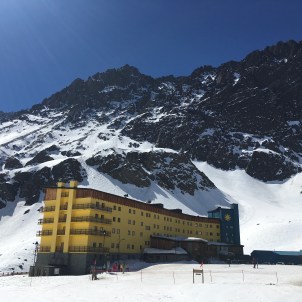 While Portillo is known by scores of skiing’s eternal heroes as a second, South American home– the small ski resort tucked away in the central Andes also served as the meeting place for numerous dignitaries including the late and infamous Fidel Castro.

Just before president Richard Nixon’s Watergate scandal threw the United States into a period of political self-doubt that lasts to this day, Fidel Castro spent the summer of 1972 visiting Portillo, Chile.

Legend has it that prior to travelling up to the mountain, Castro gifted then Chilean president– Salvador Allende with an AK-47…

Before heading up to the ski area, the Cuban dictator shared words with then Chilean president– Salvador Allende in Santiago and ultimately notified the ski resort (just two days ahead of time) that’d he, along with his massive security entourage would be making the visit.

Upon arrival, Castro took in the views that included the magnificent Laguna del Inca and surrounding Très Hermanos. Talking with Portillo CEO and famed hotelier, Henry Purcell, Castro made a point to compare the Andes to his home mountains in Cuba, which he claimed were taller than the Chilean Andes. Purcell recounted the comparison of mountain ranges at the time simply stating, “I was amused.”

After taking in the sights, the infamous dictator was treated to lunch in the traditional dining room. Upon finishing the meal, he walked out towards the parking lot to leave– unaware he had left his pistol on a nearby chair. Then a young server, the present day Maitre d’hotel Juan Beiza retrieved the firearm and “hurried” to return the gun it its rightful owner. With the firearm raised into the fierce Chilean sunlight, the security entourage raised their firearms, almost gunning down everyone in plain sight. Luckily, they realized it was Castro’s pistol before opening fire. 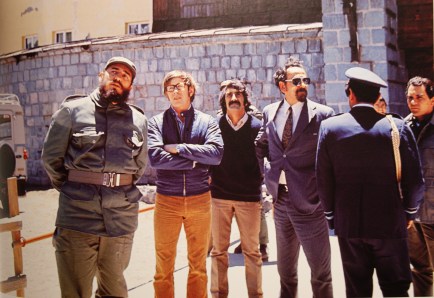 “These mountains… they’re smaller than the one’s in Cuba” | Photo Credit: Ski Portillo

Not a word was spoke as the entourage lowered their guns , retrieved the pistol, and loaded Castro into a series of matching blue Fiat’s with armed security agents hanging from each window of the petite automobiles. It was the one and only time Castro would visit the legendary ski area.