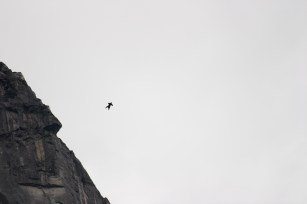 Chamonix is the home to modern alpinism, steep skiing, and wingsuiting but alongside these favorite pastime lies a fatal price.

According to The Telegraph, witnesses reported seeing a Russian wingsuiter collide with a bluff before hurtling towards the second story of an alpine chalet in Montenvers. He had jumped from the top of the Aiguille du Midi (elevation – 12,605′) before ultimately crashing into the facade of the building. His parachute was never deployed and he is believed to have died immediately upon impact.

The recent tragedy is causing concern amongst French police and PGHM officials who are wondering if the current state of extreme sports is sustainable in Chamonix over the long-term.