Breckenridge Skier Dies After Collision With Skier And Tree

Breckenridge Skier Dies After Collision With Skier And Tree 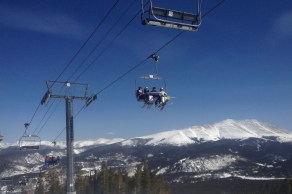 A Pennsylvania man living in Breckenridge passed away on Tuesday from blunt force trauma suffered from hitting a tree at Breckenridge Ski Resort reports the Denver Post.

In a statement, the Summit County Coroner identified the deceased man as 26 year-old Christopher Dutko. Dutko was skiing on a blue run when he hit a fellow skier, which caused him to lose control and ultimately sent him into the tree that ended his life.

He was not wearing a helmet at the time of the accident.

Dutko had been living in Breckenridge, where he also worked. So far, the death has been deemed accidental. Ski patrol responded to the accident and performed life saving techniques on Dutko before transporting him to the St. Anthony Breckenridge Community Clinic Emergency Center. He was later pronounced dead at the hospital.