Although Jumbo Glacier Resort has taken center stage in the fight between ski resort developers and Canadian conservationists, a new resort is entering the ring with a $3.5 billion dollar plan to construct lifts and amenities near the town of Squamish reports the Vancouver Sun.

The resort, titled Garibaldi at Squamish (could there be a worse name for a ski resort?), is set to be built on Brohm ridge, offering skiers 124 trails and 23 ski lifts . The first attempt at developing the area happened roughly 50 years ago. Still, foundations for a gondola, and the bones of what would become ski lifts remain in the area. However, with multiple denials as to the resort’s viability, plans remained at a standstill until just recently.

On Friday, Garibaldi at Squamish received initial approval for a permit that will allow their development group to conduct an environmental assessment. The planners, which include Revelstoke visionaries. Aquilini Investment Group and Northland Properties, are hoping the approval of the initial permit is a positive sign for their planned ski resort. On the other side, many conservationists, corporations, and local economists hope it’s one and done for the ski resort’s future.

Objections include creating unnecessary competition for the tax revenue giant, Whistler Blackcomb in addition to taking away public access, hurting the local economy, and irreparably impacting the surrounding environment. 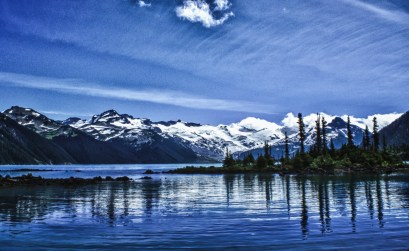 About Garibaldi At Squamish

Garibaldi at Squamish Inc. (Proponent) is proposing to construct and operate an all-seasons destination ski resort at Brohm Ridge near Squamish, BC. The Garibaldi at Squamish Project would have 23 ski lifts on 124 developed ski trails. In addition both private and commercial accommodations are planned.- District of Squamish