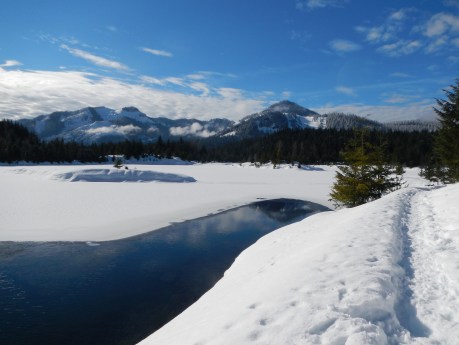 The last anyone heard from Monty Busbee was when the 43 year-old man left Maple Valley to ski Snoqualmie Pass on Saturday. Since then a search and rescue operation has been underway but due to high avalanche danger and lack of visibility, those operations were suspended yesterday with plans to resume those efforts this morning reports The Seattle Times.

According to King’s County Sheriff’s Office, he was reported missing by his wife at approximately 7:45 on Saturday evening after failing to return home. His car was parked in the Lower Summit West lot and according to reports, he was heading to ski the Commonwealth Basin.

As someone who frequently skied the backcountry, Busbee was known for carrying the necessary avalanche equipment.

If you came across Monty Busbee at any point since he left the Summit West Parking lot, please contact 911 with any and all information concerning your encounter. Search To Resume For Skier Missing Since February Outside Whitefish, Montana