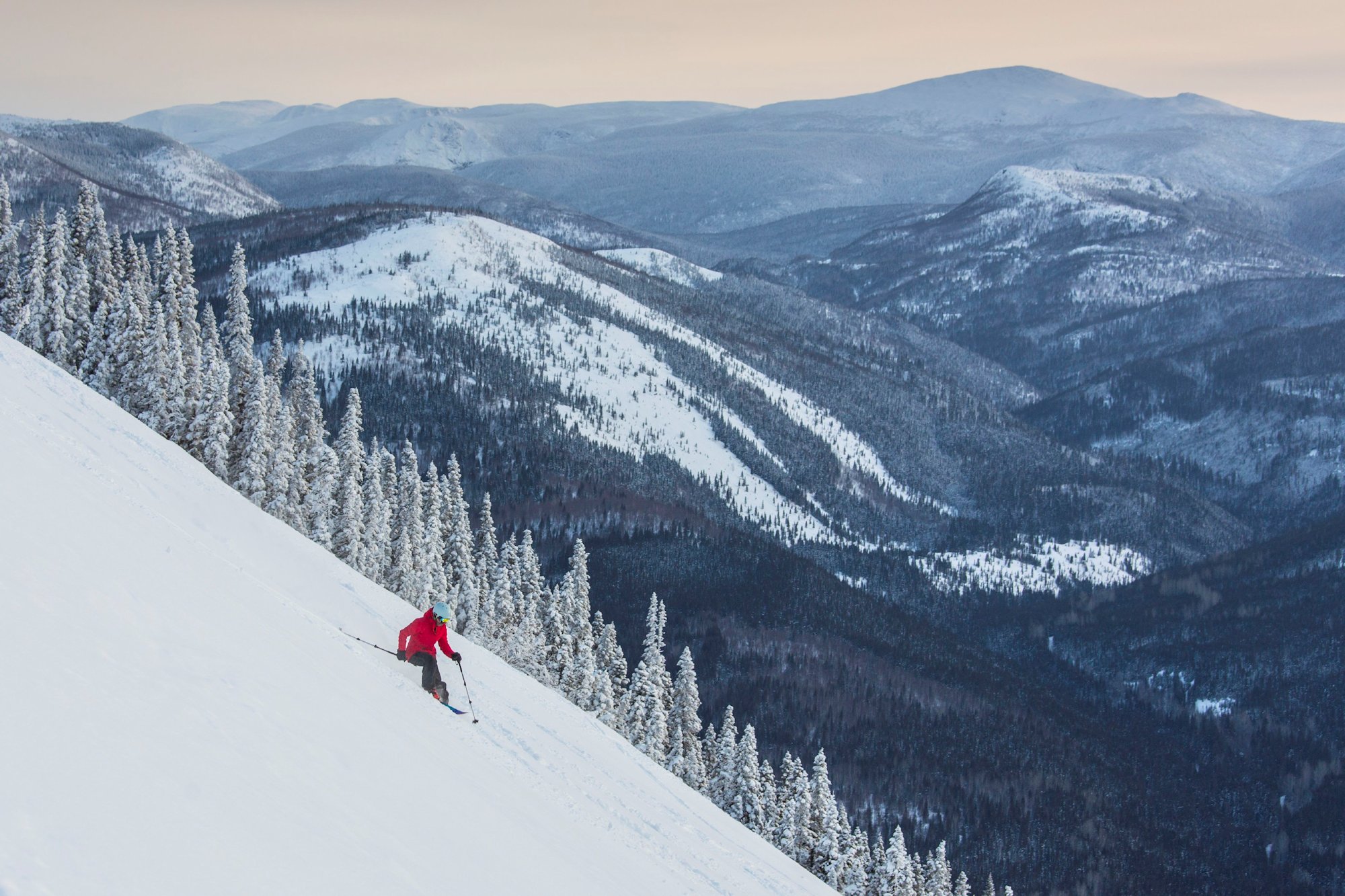 Quebec’s Chic-Choc Mountains are the most underrated mountain range in the entire world.

The mountains are located on Quebec’s Gaspe Peninsula bordering The Gulf of St. Lawrence.

The area is extremely remote, but adventure seekers are rewarded with stunning peaks, legitimate backcountry terrain, and plenty of snow.

We’ve been following the adventures of local professional Chic-Choc skier Félix Savard-Côté (@skifelix) over the last couple of years. He does an excellent job showcasing just what the Chic-Chocs have to offer.

His most recent post shows him encountering a moose while on a ski tour in his beloved Chic-Choc Mountains. Take a look at the photo below, and keep reading for his description of the encounter.

Do you think that this moose was stuck in the deep snow or was it just a friendly old soul?

“I have seen lots of wildlife over the years while skiing and running in the mountains.
I have never been to the mountains to find animals but it comes with it. Sometimes it’s more memorable than others. I was listening to music while skinning up for the second day of the season and encountered one of the most beautiful moose I have ever seen.

I stopped as he stopped and we stayed about 20-30 minutes a few feet apart. It’s not the first time I’ve seen wild animals so close, but the atmosphere there was incredible. After that, I continued on my way and went skiing. I was amazed by the feeling the moose gave me.

After I told my friend Éric who love mooses to go back the next day together and meet him for a photo shoot in the huge amount of fresh snow. So the next day we went back there.

After a few hundred meters of walking, he was there. We stayed there even with the new 30cm of fresh snow(no skiing). The moose slept in front of us quite a while. The atmosphere with him was the same as the day before and Éric took this magnificent photo of the two of us.”

I won’t pretend like I’m a moose expert, but it doesn’t seem like this bull was stuck? I’ve seen plenty of videos of moose getting buried in tree wells, and I’m just wondering if this one was as well?

Either way, the encounter made for an interesting story!