“STOLEN! We are heartbroken right now and I honestly can’t believe that I’m actually writing this but our only home of four years has been stolen last night in Lyon.”
Bummer news out of France where the Rusty Toothbursh flagship vehicle and home to Alex, Chiara and their one-year-old child Indy was stolen in Lyon. Rusty Toothbrush is a collaboration of pro snowboarders, filmers, and  photographers that have produced incredible films like “Two Vans, No Plans.”
Alex and Chiara graciously let a friend borrow the van that has served as their home for 4 years while they were on a trip to New Zealand and someone stole it while parked in an unprotected area in Lyon, France. They suspect its already been scrapped for parts but its definitely recognizable so if you live in the area and happen to see it please report it to the police.
A GoFundMe page is has been setup to help offset the cost of getting a new place to stay for the winter as soon as possible. If you would like to contribute GO HERE:
“Me and Chiara poured our entire soul into these 6sqm and thought ‘lil Rimor’ would be our forever van. Honestly we still can’t believe this has happened.”

Their home of four years was stolen!

One of the most recognizable vehicles in snowboarding, the Rusty Toothbrush van, is gone. While visiting family abroad, they let a friend borrow their van; unfortunately, it got stolen while left unattended in Lyon, France.

Not only was this van a part of snowboarding, but more importantly, it was Alex, Chiara and one-year-old Indy’s home.

With their selfless approach to life, they have not only given countless riders a platform to show their skills but also touched the hearts of everyone they met.

They invested so much time and love into making this a home for them and their little daughter India that it will be impossible to replace the emotional and sentimental value.

The least we can do for them is to help them get a new winter home as soon as possible.

“Our home was so unique. It was tiny but it had everything. It wasn’t fancy at all but it to us, it was like wearing a Rolex. It was so homely. So warm. We loved it. A lot. It gave us joys and pains but it always took us everywhere. All the time…

Alex poured his heart and soul into making it the dream home I have always wanted. It was perfect in its imperfection. That’s what I loved about it. Every corner was made with love, sweat and lots of cuss words. But it was so worth it.

We are heartbroken and I really cannot express the infinite gratitude I have towards all the people that took the time to repost our post. Many of you know Rimor wasn’t just a van, he was our lifestyle. He was part of all our missions and projects. Rimor was one of us.

I hope this never happens to anyone because getting their house stolen is devastating and it has shattered my heart.

“Rimor will definitely be missed but never forgotten.” 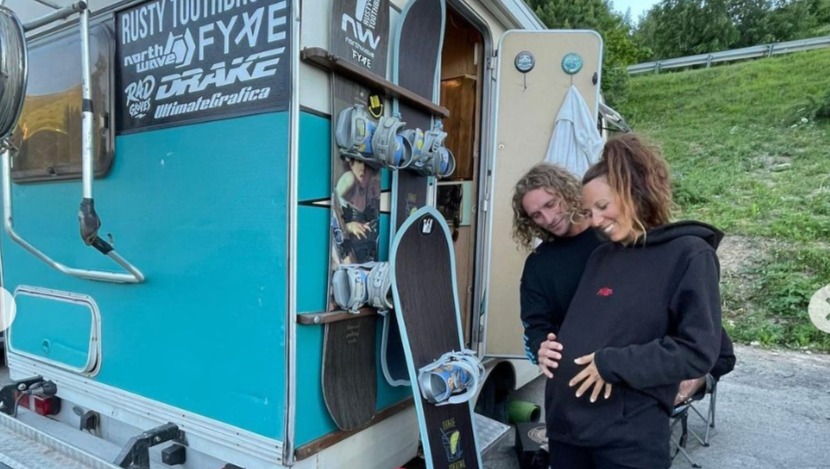