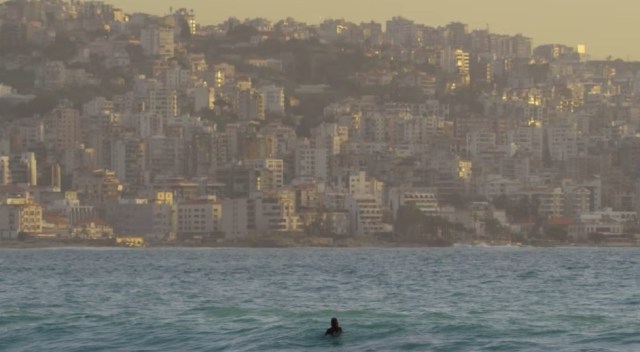 “When I arrived in Beirut from Europe, I felt the oppressive, damp heat, saw the unkempt palm trees and smelt the Arabic coffee, the fruit stalls and the over-spiced meat. It was the beginning of the Orient. And when I flew back to Beirut from Iran, I could pick up the British papers, ask for a gin and tonic at any bar, choose a French, Italian, or German restaurant for dinner. It was the beginning of the West. All things to all people, the Lebanese rarely questioned their own identity.”

Very much enjoyed this surf documentary about a Lebonese surfer returning to his homeland to explore his native breaks. It all started as idle talk over a few glasses of Rioja in Biarritz and became a reality a few days later when the crew disembarked Flight 566 to Beirut. This is their story:

“We left 5 days later wearing wry smiles, humbled by the overwhelming welcome we were met with. Humbled by the quality of waves and the surf culture in it’s infancy. A modern, progressive society reflected in its gentle people, keen to disparage the ghouls of the past and to show the rich cultural and social heritage of their beautiful nation. A beacon of liberty, tolerance and prosperity in the Middle East. Lebanon, its waves and culture has some bright days ahead.”