“People are going to hear crab whiskey, and I’d venture to say three-quarters of them are going to go, ‘No, absolutely not.’ But if you can get them to taste it, they totally change their tune for the most part.”–Will Robinson, Product Developer at Tamworth Distilling

It looks like I need to make a trip to a New Hampshire Liquor and Wine Outlet soon. New Hampshire Public Radio spoke with Tamworth Distilling, which has developed a unique mix of liquor drinks. The Crab Tapper is a new whiskey drink from the distillery, and the reasoning for this product is genius. Green crabs are invasive species that have wreaked havoc on New England marine ecosystems for the past two centuries. They arrived with European ships during the 1800s, and the creature has since feasted on shellfish, severely damaging estuaries and fish habitats in the process. According to Dr. Gabriela Bradt, who is  a marine biologist and fisheries specialist at the University of New Hampshire, it is “one of the most successful invasive species that we have in North America, at least in the marine world.” Climate change is making this crisis worse, as warmer waters allow for an improved ecosystem for the green crab.

Here is how the whiskey is made. The crabs are caught off the coast of New Hampshire, and one pound of green crabs is used for each bottle of whiskey. The first step is creating the crab stock, followed by distilling “it using a vacuum still — a glass machine that allows for precise temperature control.” The stock is then mixed with spices like mustard seed, coriander, cinnamon, and a bourbon base. Will Robinson describes it as a thinking and sipping drink.

While Tamworth Distilling admits that it would make much of a dent in the invasive species, they aren’t the only ones charging headfirst at the issue. National Geographic reports that people up in Maine are looking for ways to eat the green crabs. Manomet, which is an environmental nonprofit foundation, is studying the viability of creating the “first soft-shell green crab fishery in the United States.” The Southern Maine Sustainable Shellfish captures and sells green crabs, with the goal of selling three thousand during the summer season. The key is now getting restaurants to buy in. So if you’re looking for something to eat or drink when you’re out on the New England coast, ask for the green crab. 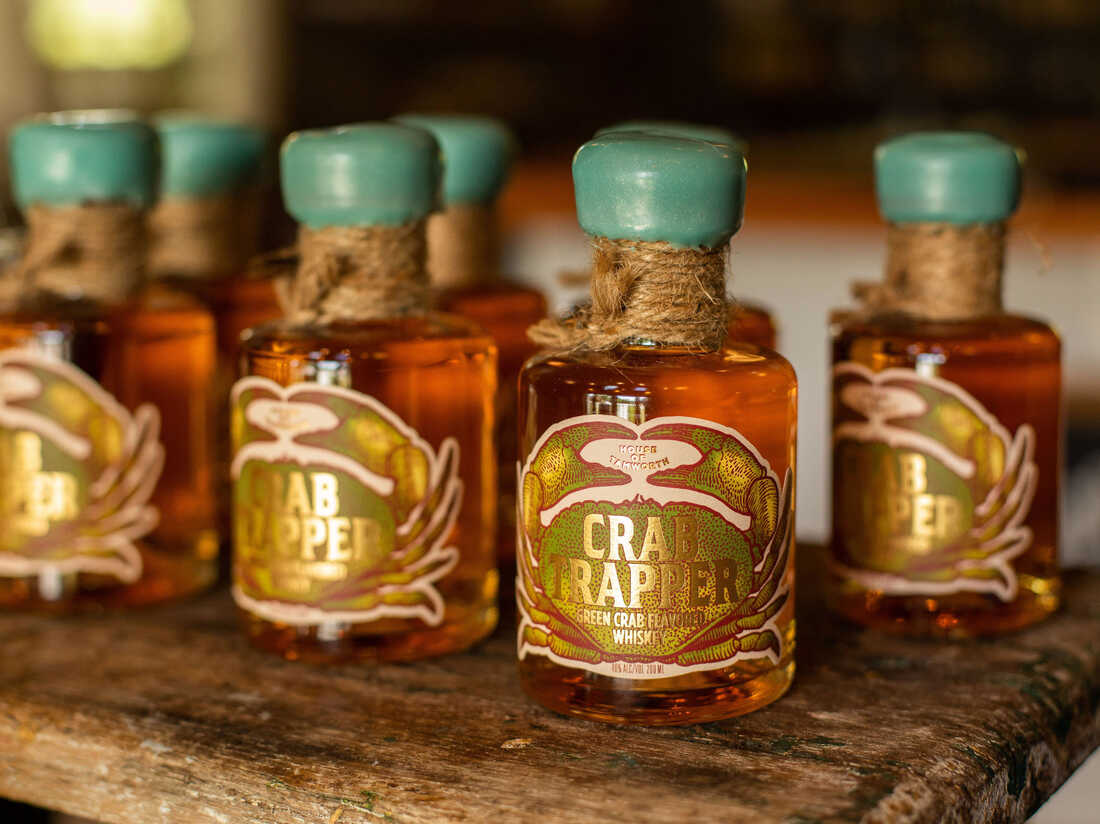