“My dad was a big fan of the Rockies and loved hiking in Kananaskis Country, where the peak is located. And that someone who did the things that this guy did was commemorated, was honoured on the maps of our province and in an area that he cared a lot about, really annoyed him.”      –Duncan Taylor, Calgary Lawyer

In terms of the wave of recent name replacements for natural and historical landmarks, this one is one of the most appropriate out of the bunch. The CBC reports that Mount Pétain on the border of Alberta and British Columbia will be renamed, but its new name hasn’t been announced yet. In 1919, the mountain was named after French field Marshall Philippe Pétain, who led his group of soldiers to victory during the Battle of Verdun in 1916. Unfortunately, his legacy took a dark turn.

Philippe Pétain collaborated with the Nazi party after the Axis powers took over France in 1940. Pétain led the Vichy French in Nazi-occupied Germany and even wrote a letter congratulating the Nazis on the 1942 Dieppe Raid, which killed 916 Canadians. Following the war, he was convicted by the French Government for aiding the Nazis and was sentenced to death. Due to his old age though, they decided to just put him in prison for the rest of his life instead.

Geoffrey Taylor, who died in 2020, frequently educated his kids about the mountains that surrounded them while hiking. Geoffrey was perturbed by the naming of the peak due to Pétain’s many atrocities. Ducan Taylor, who is Geoffrey’s son(both pictured below), discovered in 2016 that there’s a form on Alberta’s government website to rename geographic features such as a mountain. Their first victory came in 2019 when Alberta rescinded the name. On June 29th, the British Columbian government announced that they will also be changing Mount Pétain’s name. Both governments will collaborate on a new name with local shareholders. If they’re taking name suggestions, Mt. Geoffrey would be a great place to start. 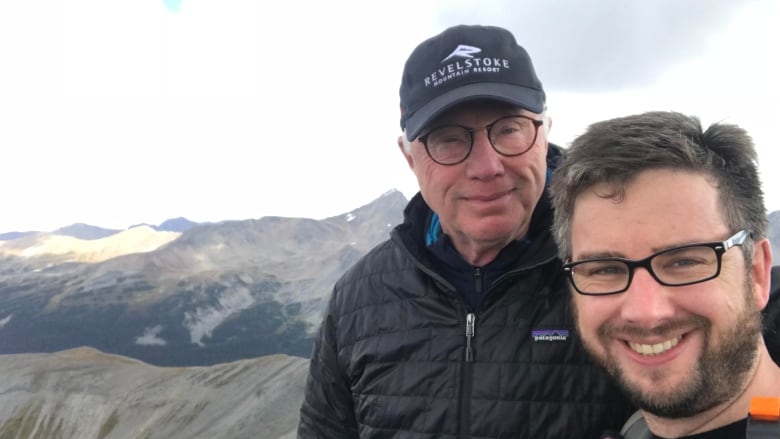