Brundage Mountains master plan is a step closer to reality. BoiseDev reports that Adams County approved Brundage Mountains plan to build eighty-eight homes in the coming years. These homes would consist of “21 single-family homes, 22 cottages, and 45 townhomes with ski-in-and-out access from the Lower Rodeo run.” The single-family homes will allow homeowners to build their own designs, while the townhomes and cottages will be designed by Brundage.

The original master plan that was approved in 2009 was going to add 1200 homes, hotel rooms, and townhomes. Brundage Mountains President Bob Looper said that they are reducing those plans by a drastic amount. The proposals for the second phase of the project, which includes a hotel, will be submitted this summer.

Their future plans include the following: A terrain and lift expansion, a new 20,000 square foot base lodge, the new homes, cottages, and townhomes mentioned above, a new hotel, a renovated and expanded child care facility, new on-mountain facilities, and snowmaking upgrades. 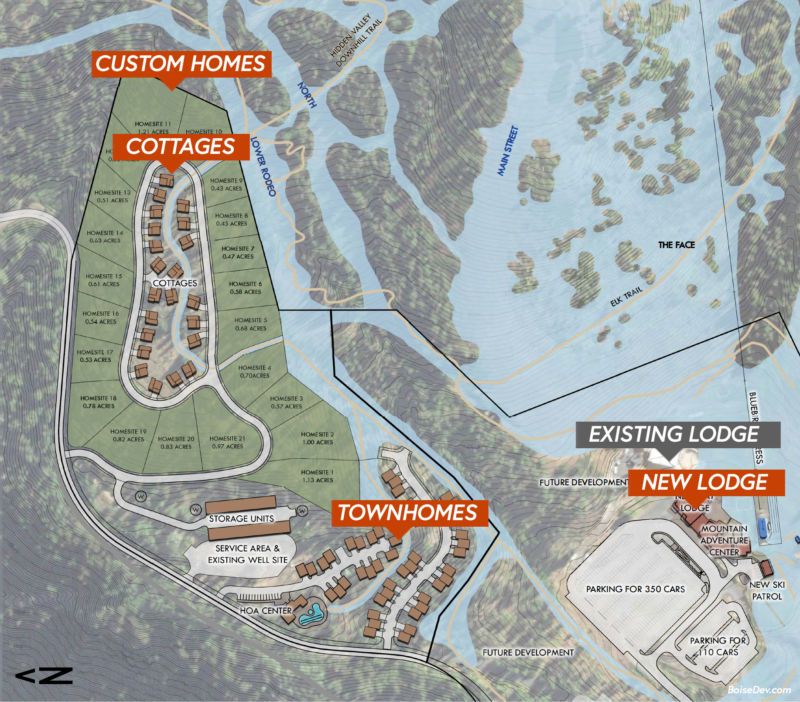