In 2020, Skeetawk in Hatcher Pass, Alaska became the countries newest ski area. According to the Anchorage Press, the journey to get the ski area open for the first time, along with the challenges that have come with operating it, has been daunting. They originally planned to open for the 2019-20 season, but the lift manufacturer faced major flooding at its factory, leading to supply chain delays. When they finally opened in the 2020-21 season, a lift maintenance issue led for the resort to close again until they could get shipped the proper parts from California. This season, only thirty-eight inches of snow have fallen so far, and supply chain issues have once again plagued the mountain. On the bright side, their rental equipment shop is planning to open soon.

A couple of weeks ago, Skeetawk discussed their plans for the next lift, which will increase the vertical drop from three hundred to twelve hundred feet. Other additions for this expansion include new lights and snowmaking equipment. The new lift will likely be installed before 2024, as it is required in order for Skeetawk to host that year’s Arctic Winter Games. But the lift will be expensive, with the projected cost being around ten million dollars. Funds will be needed to start on their next expansion, which they expect to raise through donations, grants, and lift ticket sales.

Distance from Anchorage: One hour, one minute. 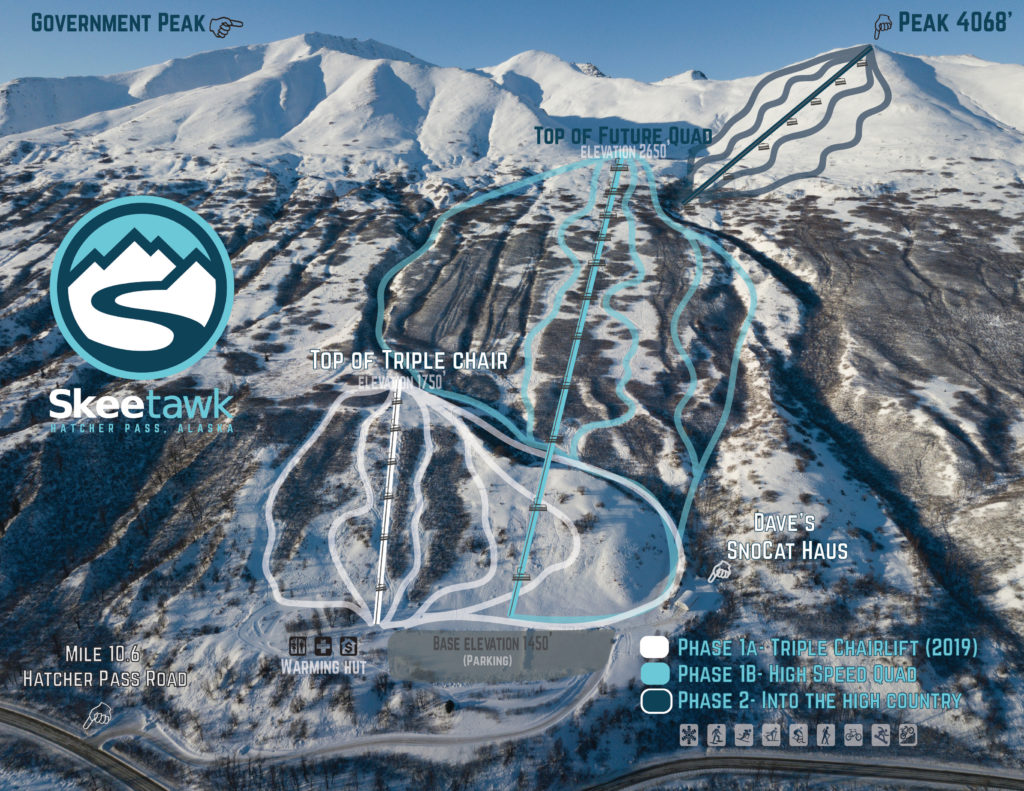