Cannonsburg Ski Area in Belmont, MI is cleaning up the pieces of its ski patrol shack after a driver slammed through the building near midnight on Sunday. Nobody was injured, and the vehicle was left at the ski area.

A security camera stationed on an adjacent building captured car slamming through the building, and the suspect walking away from the scene almost three hours later.

This definitely screams drunk driving based on the video evidence. Dude probably got lit, lost control of his vehicle, passed out after the incident, and walked away when he woke up in the vehicle almost three hours later.

What an idiot for driving drunk (if that’s what happened) and then for fleeing the scene. I love how you can clearly see him walking past the hole in the wall of the building and pointing at it like he’s asking to himself ‘How did that happen?!’. Hope this guy learns his lesson and that Cannonsburg is able to rebuild quickly and easily. 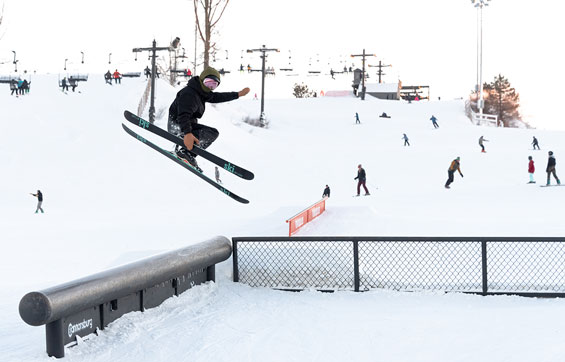