What Is Going On In The Alps?

What Is Going On In The Alps? 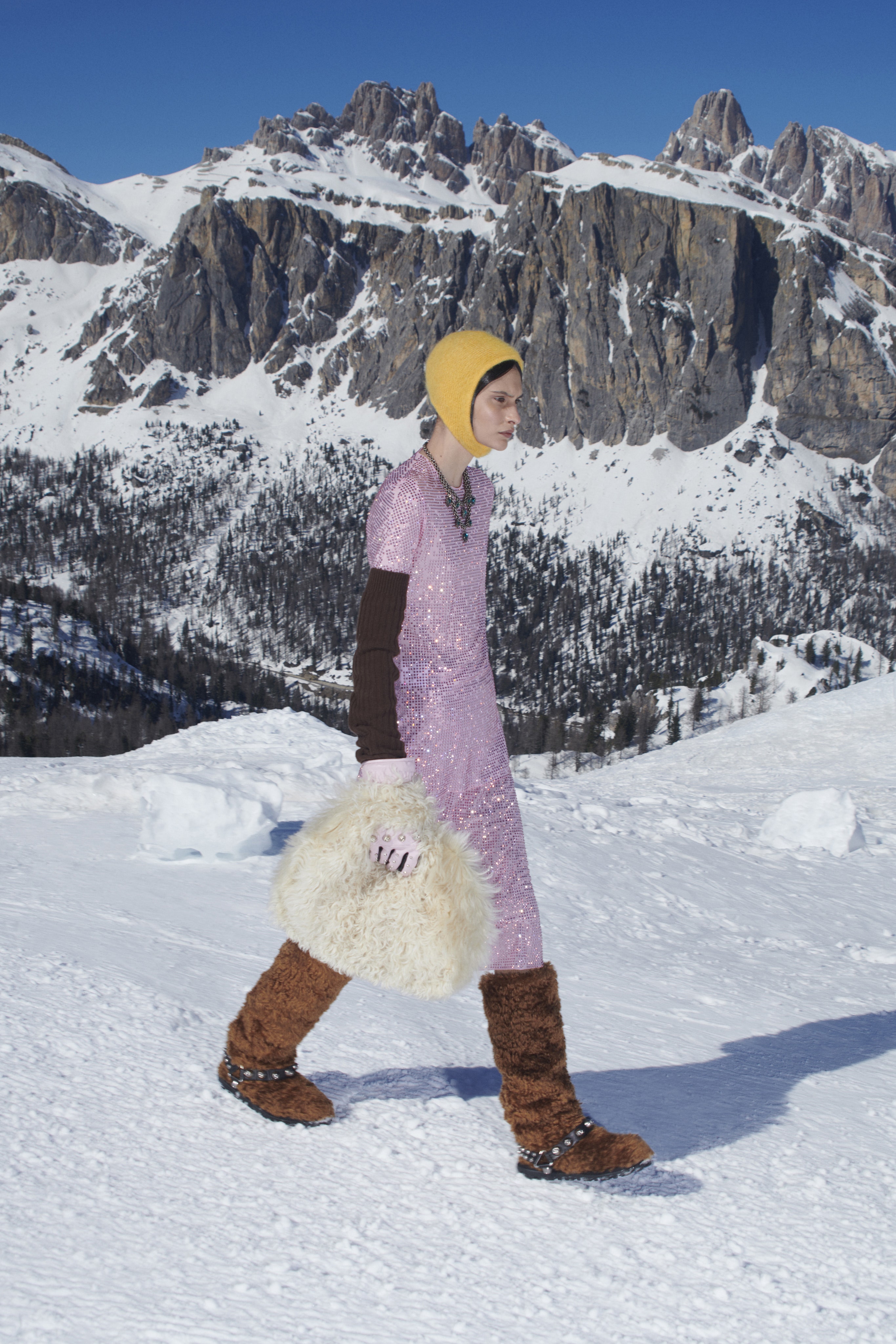 ^When you’re late to Après after churning butter all day.

Fashion designer Miuccia Prada put on quite the uh… experience… in her most recent fashion show for her subsidiary brand Miu Miu.

““It looks strange, but in the end, it’s not.”- Miuccia Prada

The brand filmed models walking around the snowy slopes of Cortina d’Ampezzo in the Dolomites in some wacky clothing. The explanation for the new collection is a headscratcher.

Through a literal lens, it was the most obvious transition from indoor to outdoor dressing you could imagine: a code-switch between lingerie and skiwear. Figuratively, it was post-confinement psychology: a material outpouring of our mental state of undress and the compulsion to cover it up and put our best (and furriest) foot forward. Padded bustiers and bodices proposed alongside silk-satin slip dresses—some with aggressive spiky straps—conceived a kind of alpine lingerie (“For me, very sexy stuff,” said Prada) juxtaposed by mittens and mountain boots fit for a faux-fur yeti.

“I walk a lot in the mountains and when it’s bad weather, it’s difficult,” Prada reflected. “Little by little, I realized what I was trying to say: Bravery. The dream to do something that’s important and difficult. The clothes are not romantic but the spirit is.” Like animals emerging from hibernation—exhausted from the energy they spend keeping themselves alive in hiding—our return to normal is laden with anxiety, mainly because normal won’t be the normal we knew. As a result, our relationship with clothes will change. – vogue.com 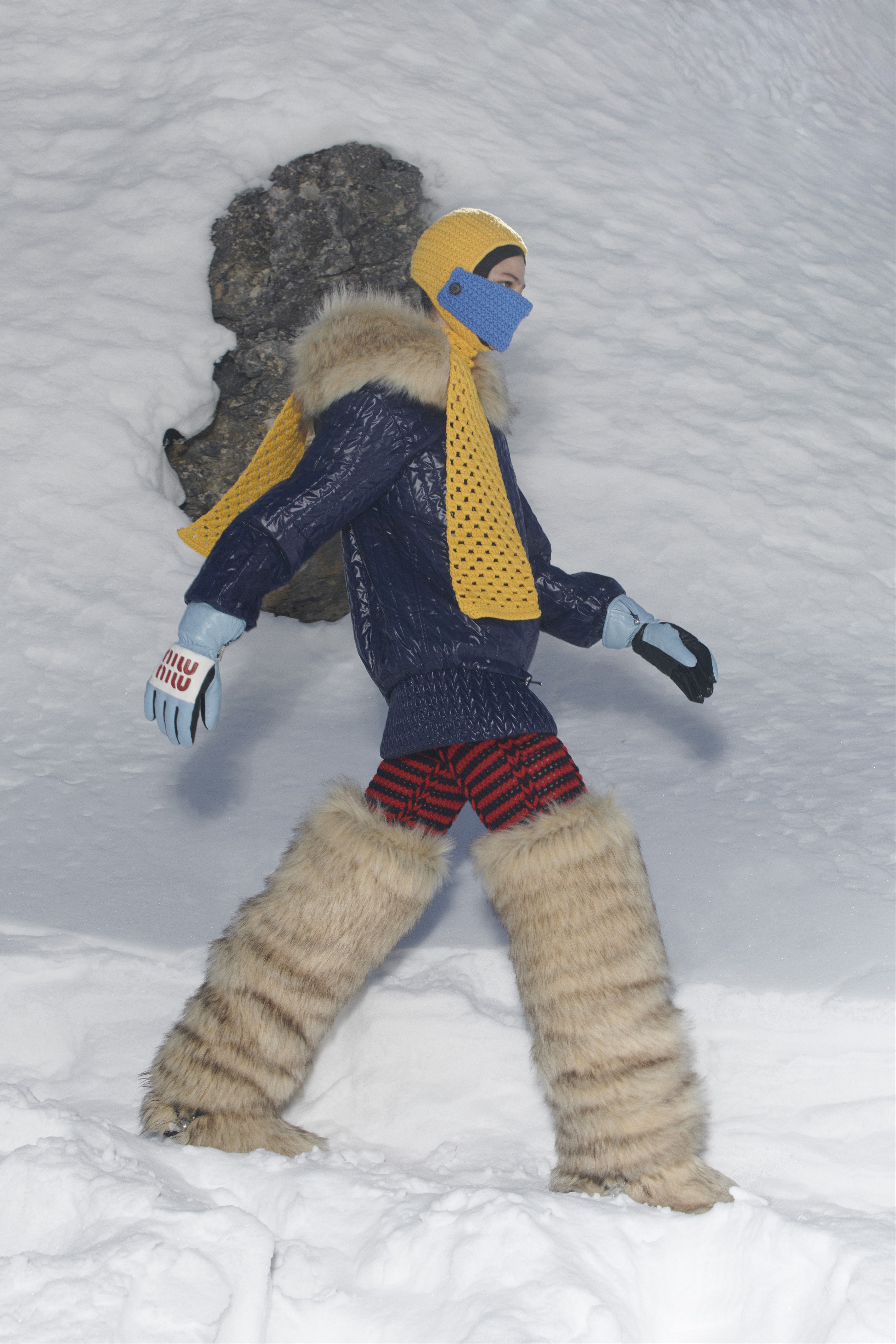 Call me uncultured, but I really just don’t understand fashion. Just because some Italian billionaire says some knitted oversized ski clothes are in style doesn’t mean I’ll like them, but maybe that’s just me (I’m assuming it’s not).

Just give me a good ole fashioned pair of jeans, a t-shirt, a down jacket, and my pair of LL Bean Boots I’ve had for a decade and I’m good to go for the winter.

Y’all can have whatever this is…