The students of West Virginia University throw an impromptu party on Spruce Street in Morgantown, WV almost every time it snows.

The first party occurred in February of 2016 when over 36″ of snow fell on Morgantown, and plows weren’t able to clear the steep upper section of Spruce Street.

So naturally, the students collectively thought,

“Let’s sled down Spruce St., light a fire, drink multiple cases of Natty Light, and whatever else we can find.” 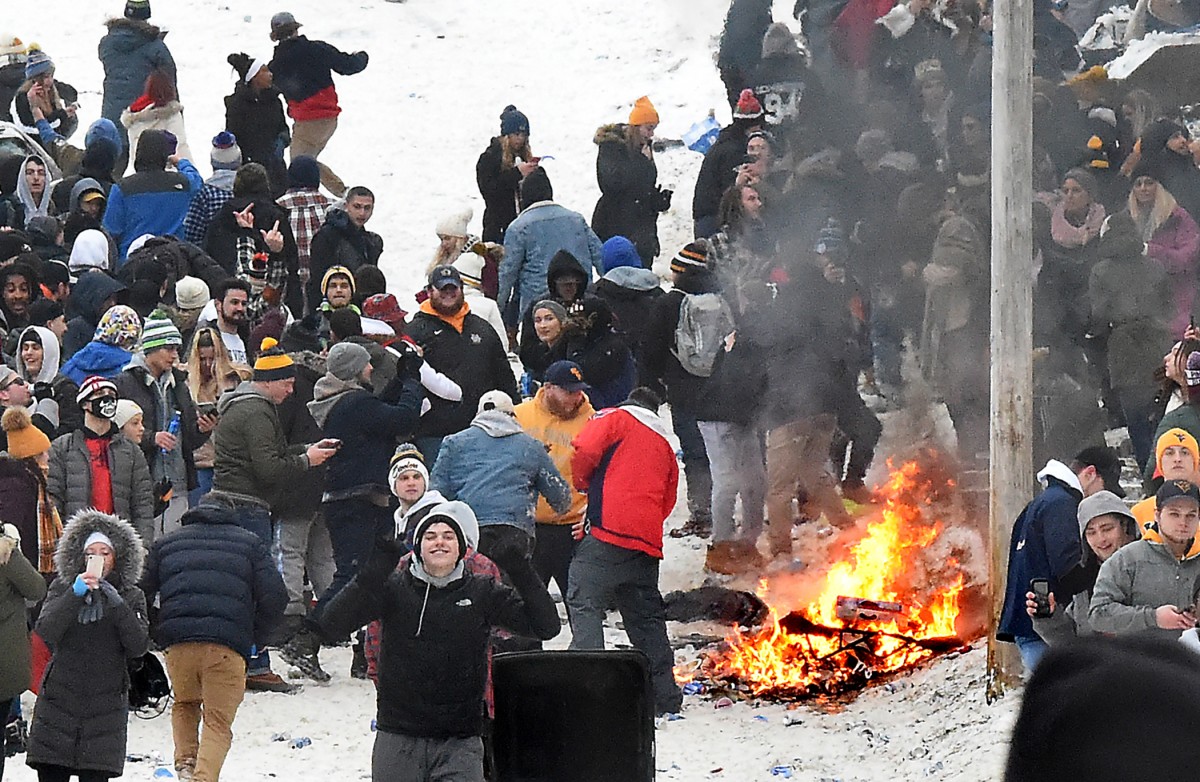 Members from rival fraternities, random undergrads, and weirdos all gather at the top of Spruce Street for a hill-bomb event filled with beer showers, screaming, injuries, carnage, snowball fights, sledding, skiing, and more.

Students fling themselves down the icy street in whatever they can find. Sleds, carboard, and pool floats seem to be the most popular option.

A few brave souls strap on their skis or board and proceed with reckless abandon for the integrity of their base. They’re usually celebrated.

The parties have, well… gotten out of hand the last few years. Campus PD almost always declares them a ‘riot’ and has to use pepper spray, rubber bullets, and tear gas to disperse the drunk-ass crowd of students. 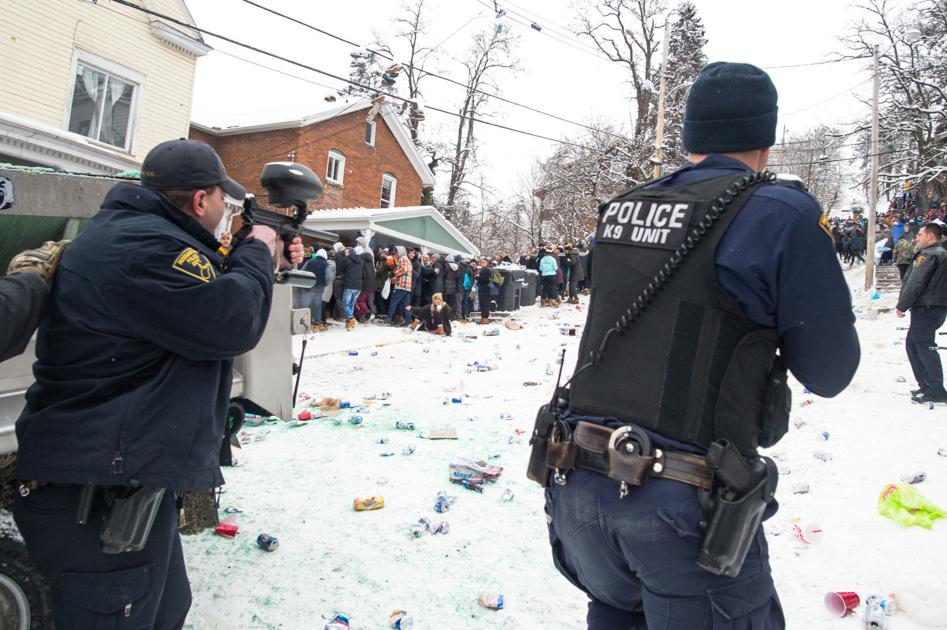 I was a student at WVU and partook in the festivities back in 2016, and I wrote about skiing down a street that runs parallel to Spruce.

Did people at your school throw block parties on a steep street every time it snows? No? Didn’t think so…

The Spruce St. Hill Bomb is becoming a regular tradition at WVU, and I don’t see it stopping anytime soon.

I’m honored that my degree is from THE West Virginia University!

Here are some clips from the most recent party that occurred yesterday, and videos from parties of past years.