You might be searching through pictures of ski resorts across the world and ask yourself ‘Hey, why is that gondola attached to two cables instead of one?’ The simple answer- it’s a Funitel!

To put it simply- Gondolas are attached by one arm to one overhead cable. The cars then switch to a slower cable when entering a loading or unloading station for ease of use.

Gondolas are great because they can move a large number of skiers uphill, and provide riders with relief from the elements. However, they’re extremely susceptible to sway in windy conditions.

Funitels offer the same conveniences as a gondola, but are significantly more stable with two arms and two overhead cables to prevent swaying in windy conditions. Doppelmayr claims that their Funitels can operate safely in wind speeds up to 100km/h (62mph). 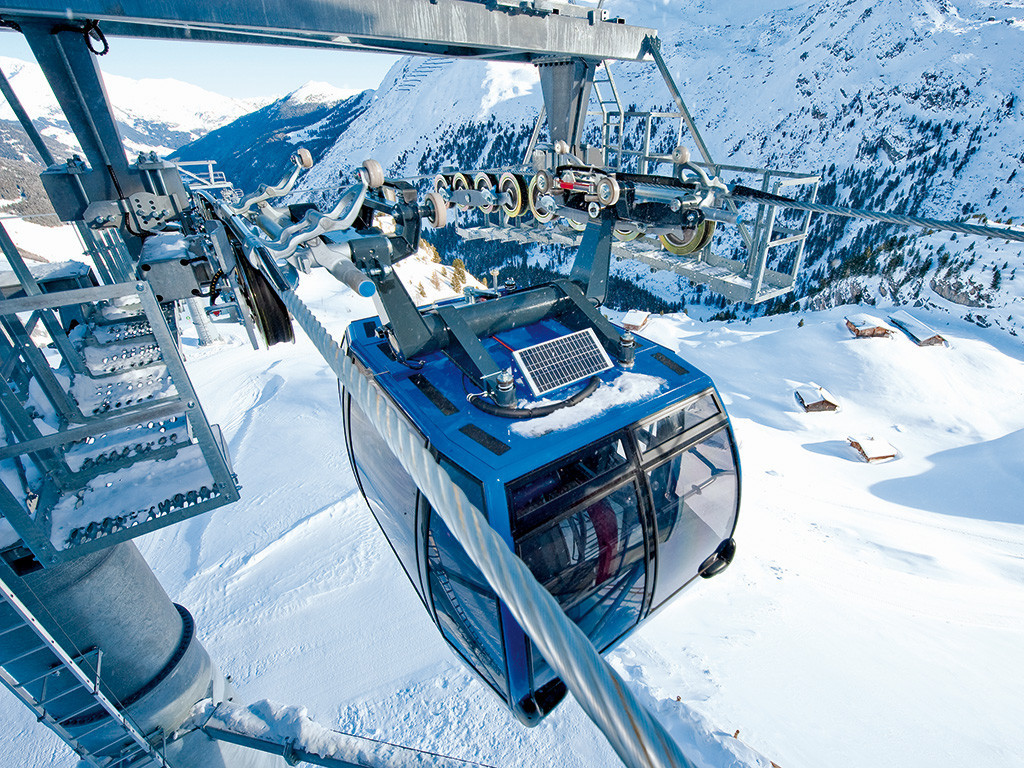 Notice the two arms attached above the car. Courtesy: Dopplemayr

The original Funitels had two drives that operated two cables simultaneously, like the first one built at Val-Thorens in 1990 by Denis Creissel and enterprises Reel and Städeli-Lift.

Simultaneous proved challenging. Modern Funitels run on one cable that is double-looped and attached to one drive for even more stability. The models below show how the system works:

Diagram showing how the cables attach/detact By Zedlander – [1], CC BY-SA 4.0,

Diagram of the double-loop monocable (DLM) system. The circle and white arrow represent the drive By Tboa – Own work, CC BY-SA 4.0,

There are 21 Funitels in operation across the world, and most are concentrated across Europe’s largest ski resorts.

There is one in operation in The United States, located at Squaw Valley Resort. The Gold Coast Funitel was installed at Squaw in 1998. The lift ferries up to 28 riders (per car) up the mountain at speeds of 6m/s.

Squaw elected to install a Funitel in 1998 because a reliable lift system was needed for a hotel that was planned at the top of the mountain by Alex Cushing.

The hotel was never constructed, but is still used by hundreds of daily skiers today.

Here’s a breakdown of Funitels by country:

*- Designates a Funitel not used for transporting skiers. 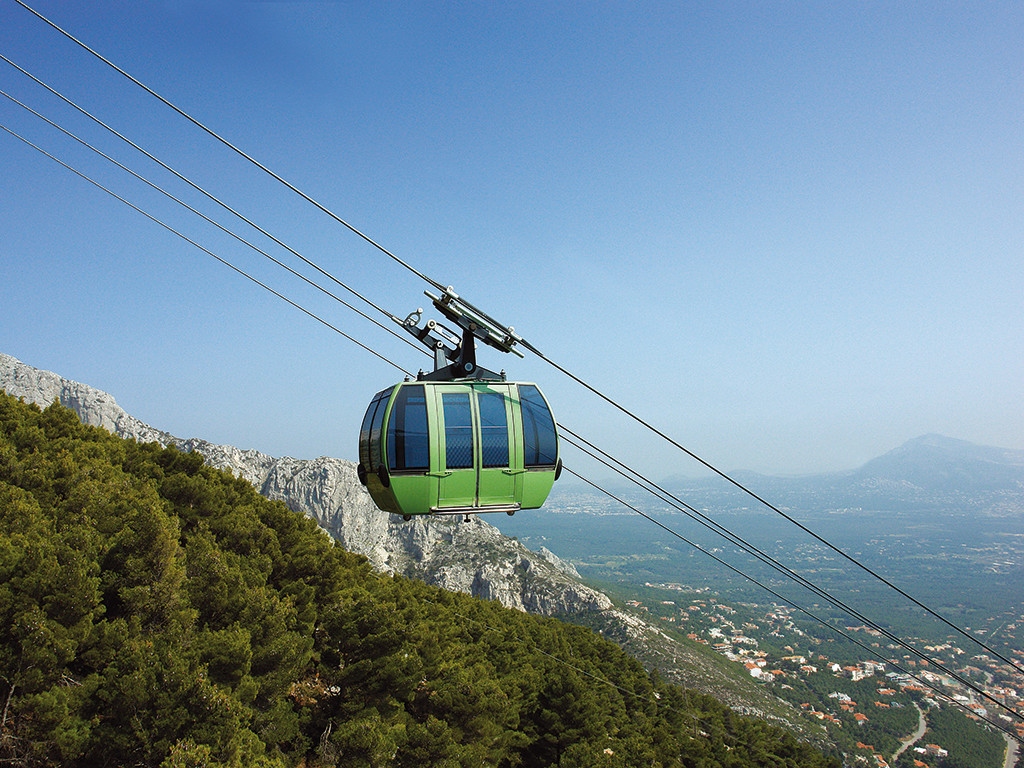 Funitels look like a lot of FUN.  Sorry… it’s been awhile since a good dad joke was posted here at Unofficial Networks.

Have you ever ridden a Funitel? If not, which one is on your bucket list?