7 Day Powder Forecast: Areas Of Moderate To Heavy Snowfall For The West

7 Day Powder Forecast: Areas Of Moderate To Heavy Snowfall For The West

Epic amounts of pow just slammed the Pacific Northwest, with 10-18 inches being reported in the Tetons, Wasatch, and northern Montana. 3 feet fell in the Cascades. WOO HOO

The last several days brought many resorts in the Northwest to a point that some could open with good top to bottom skiing. In looking at Snow Data from Timberline in Oregon, it appears they just jumped to a 43 inch base in just a matter of 3-5 days. Rumors are that Mount Bachelor nabbed 3 feet at the base from the last storm! Our chase took us to  Grand Targhee in Wyoming where 11 inches fell Friday night. Uphill travel will be suspended on November 16th. JHMR nabbed 18 inches in the past few days. Winds from the Southwest or West often favor Teton Pass and the Eastern side of the mountain range. NW winds often favor the Targhee side. This was evident with the last storm favoring Jackson Hole over the Ghee, but both still did well. 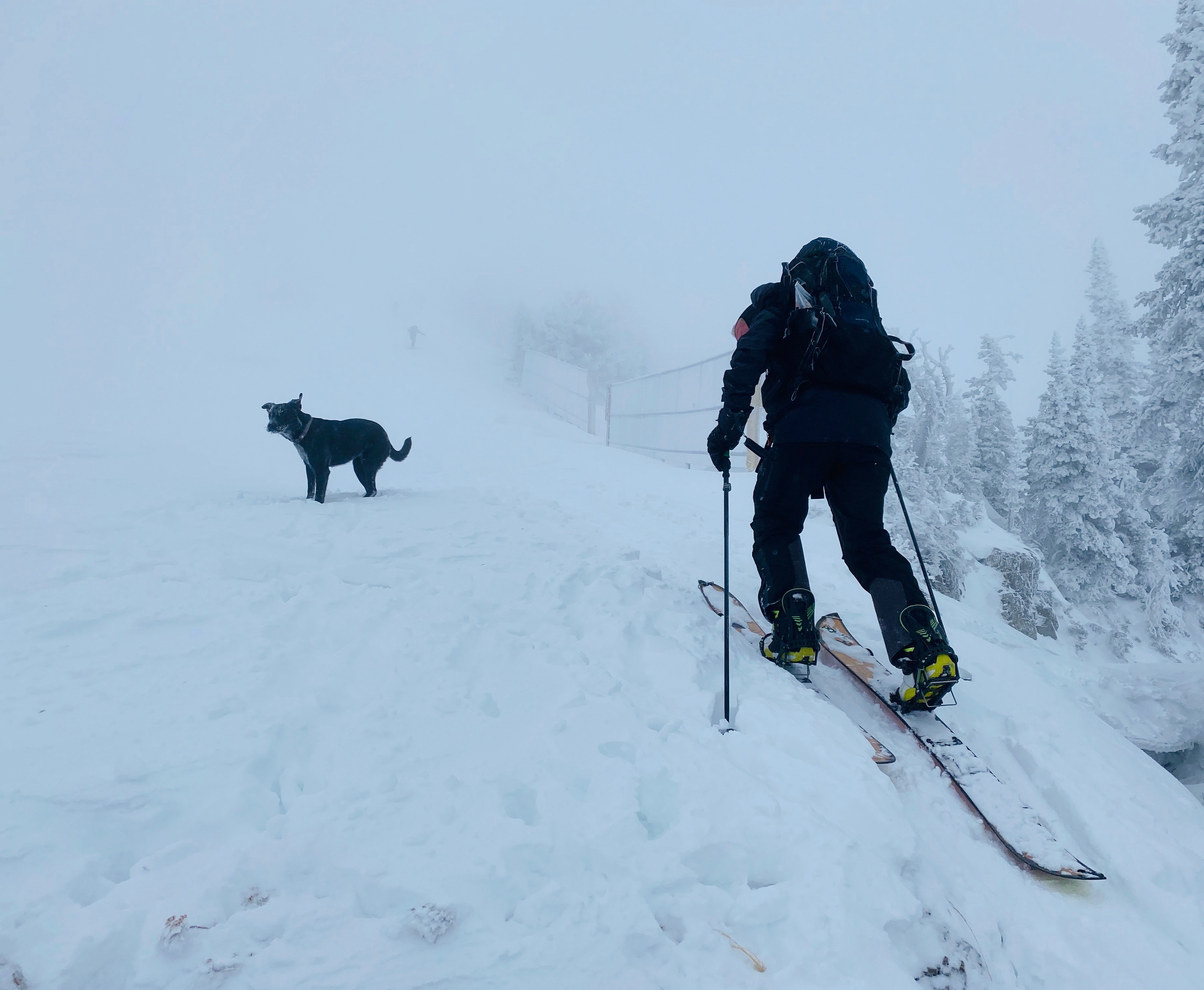 Let’s get on with the chase forecast. The next several days will stay very active in the Pacific Northwest and coastal BC near Whistler. Unfortunately, warm air, southerly winds will push the snow levels in the Cascades up to 7,000 feet. Heavy wet snow will fall at the summits and rain for lower and mid elevations. Significant snowfall is likely at the summits. A cold front moves in Tuesday night dropping snow levels to most bases by Wednesday morning. Light or moderate snow is likely on Wednesday (Improving quality) for the Cascades.

For the Sierra heavy mountain snow will also be falling Tuesday night into Wednesday favoring the northern areas near Lake Tahoe. Snow levels stay around 7000 feet so mid to upper elevations of many resorts will nab good base building snow. Amounts will likely exceed 12-15 inches above 7000 feet. Rain or mixed precipitation will be falling at the bases. Mountain passes are likely to be snow packed by Wednesday morning.

For the Rockies, a relatively warm system will bring moderate snow to central Idaho beginning Tuesday night. colder air will increase quality by Thursday morning (Continued snowfall in central Idaho with cooler temps). The Tetons will reap light to moderate events as moisture drags east over the mountains of Wyoming mid too late this week. Quality will improve with cooler air by Thursday. Some snow will also be falling over a good portion of western Montana Wednesday/Thursday. Overall the highest numbers will come from central Idaho.

Below: Total snowfall for the west through earlyThursday. Decent amounts (High elevation) for the Pacific Northwest, Northern Sierra (Upper elevations), and west central Idaho. Leftovers stream towards Montana and the Tetons. 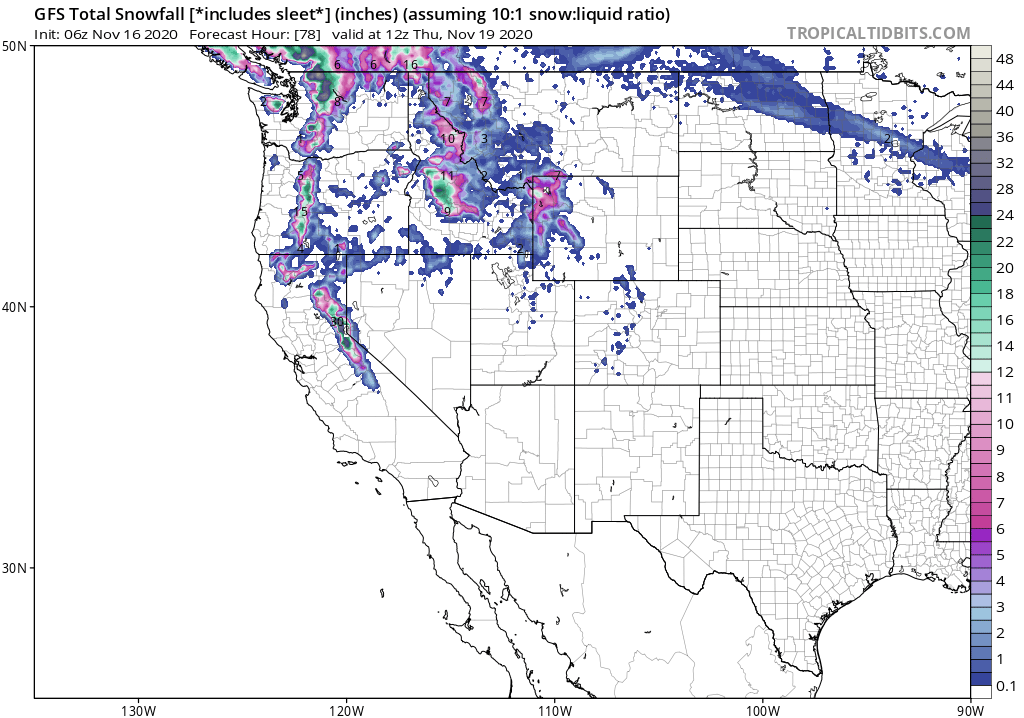 Below: Low pressure noted in the west midweek favoring the Sierra and northern Rockies Wednesday. The PNW continues to see moisture. 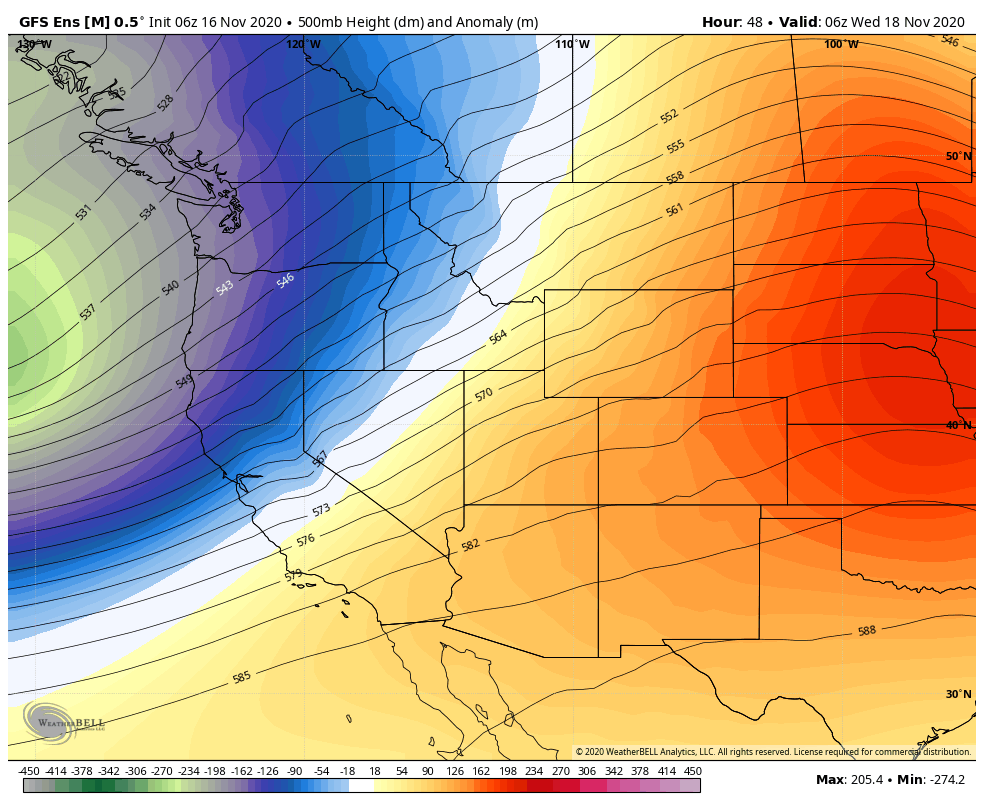 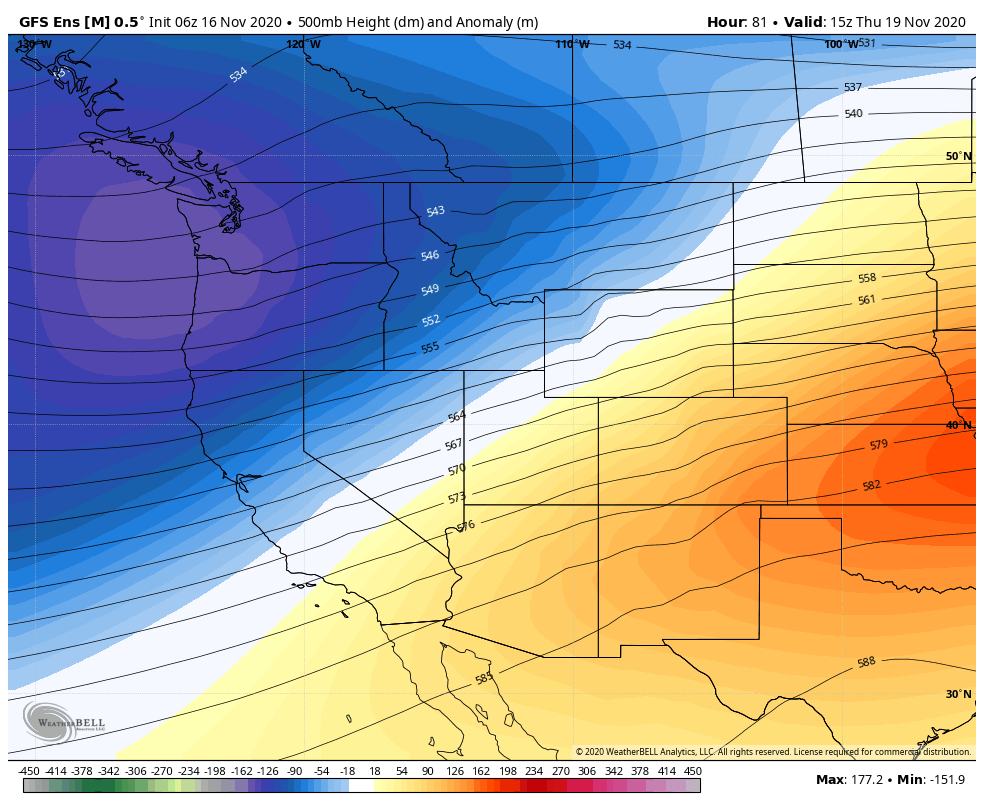 The extended forecast continues an unsettled pattern mid to late week for the Pacific Northwest. The northern Rockies will eventually dry out by Friday. The American Models shows a relatively quiet weekend with a chance of a weak system moving over areas of the Rockies by Sunday or Monday. The American deterministic model while not accurate this far out shows a better chance of snow possible for Colorado.

Below: Late Sunday night into Monday (a weaker trough is possible for the Rockies). 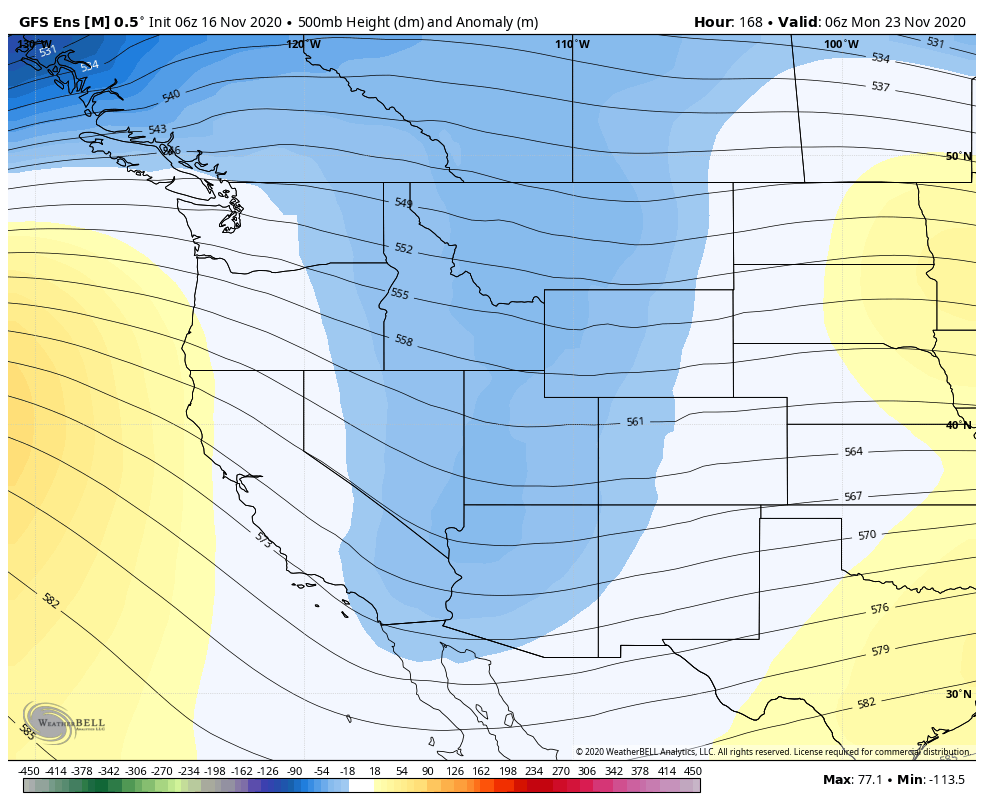 Enjoy the powder everyone! Remember, to treat all terrain including Ski Areas with full respect for Backcountry. Don’t venture out without the proper skills or training, or stick to low angle riding. Avalanches at this time of year are often tragic with the lower snowpack, rocks, tree debris etc. With the last storm, strong winds and a warming trend (Upside down) for the Rockies the Avalanche conditions were considerable in many areas last weekend.