Top 5 Ski Resorts To Hit Up With Your EPIC Pass

Top 5 Ski Resorts To Hit Up With Your EPIC Pass

The goal here is to pick resorts that aren’t obvious. So, obviously, Park City, Vail, Whistler are amazing resorts. But, you already knew that. I want to highlight resorts on The EPIC Pass that aren’t in the spotlight. 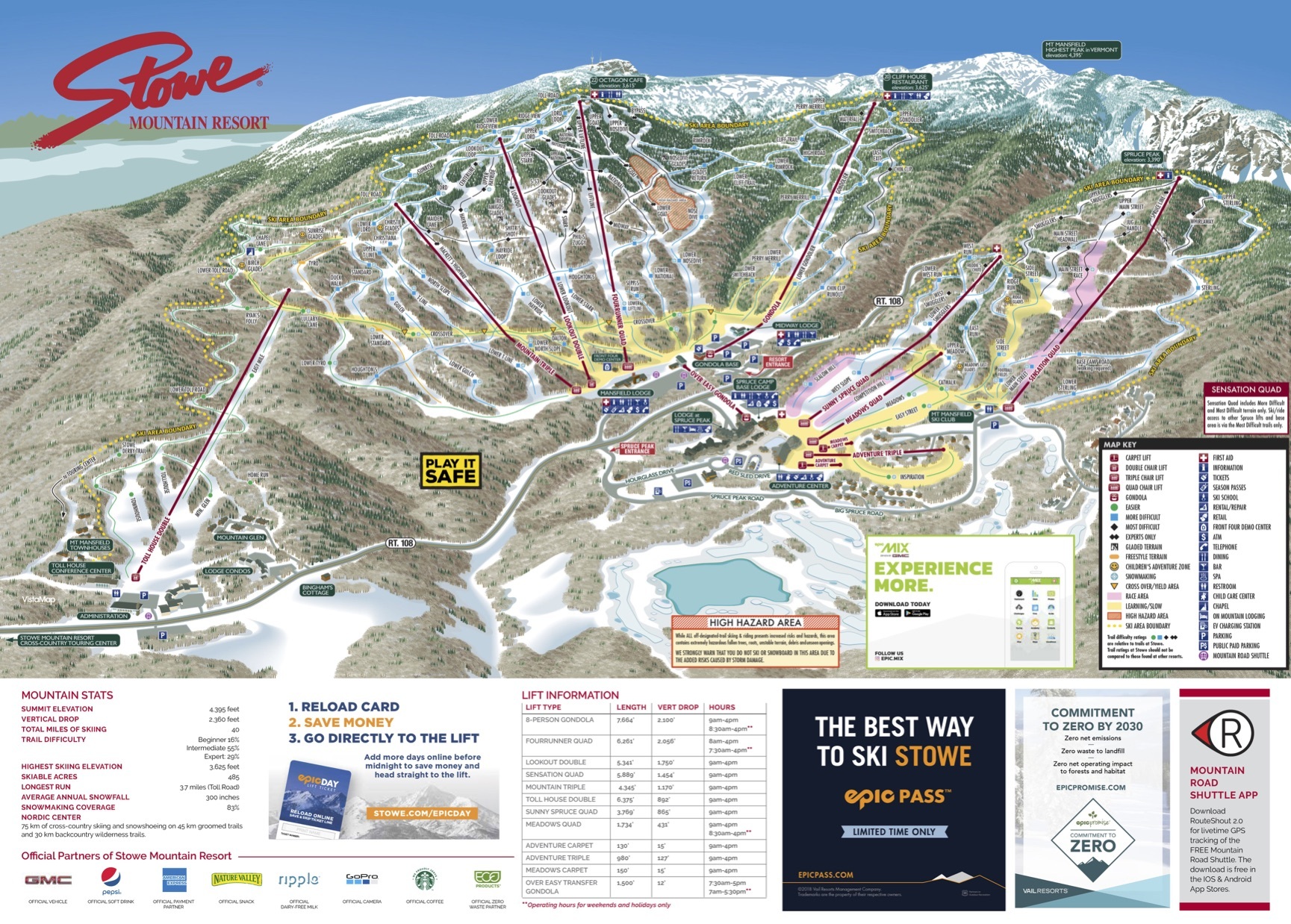 Stowe is cemented as a staple in North American ski history. Vermonters have been getting after it with lift-serviced terrain on Mt. Mansfield since 1937. Now, Stowe continues to be a top-destination in not only the East, but in the world. With over 2,300 ft. vertical, and over 300″ of snow, you’re bound to have a good day at Stowe.

Need I say more? Okay, fine I will. Stevens Pass is a legit mountain that is only 1.5 hours outside of Seattle. Easily accessible? Check. A shit ton of snow? Check. Sick views? Check.

If you own an EPIC pass, your ski season doesn’t end in April, May, or June like the rest of us chumps. Starting next summer (winter in Australia), your EPIC pass will get you access to one of the best mountains down unda’. Don’t put away the sticks or board in 2020 until you experience skiing in Australia.

For members of the full EPIC pass, they will have access to seven non-restricted days of skiing and riding at Snowbasin this season. Snowbasin lies outside of the popular Cottonwood Canyons, but is undoubtedly one of the best mountains in Utah. The resort actually hosted downhill events for the 2002 Winter Olympics. Take the Allen Peak Tram to the top elevation at Snowbasin, put your tips out over Grizzly downhill, say a prayer, and send it.

Kicking Horse is one of those mountains that I would think more people would talk about. Maybe now that EPIC pass members have access to it, they will. The resort has over 4,000 ft of vertical and plenty of Canadian Rockies’ snowfall. Unlike a lot of resorts, you can access Kicking Horse’s vertical with one lift. Take the Golden Eagle express from the base to summit in a straight shot. The resort also boasts more than 85 inbounds chutes to challenge the best skiers and riders.

5 Reasons You Should Take Your EPIC Pass To Sun Valley, ID

Footage: Men Save A Herd of Drowning Horses That Fell Through The Ice

In Bashkiria, a herd of horses fell through the ice. The horse breeders out of habit went onto the ice, but because of the warm (…)

Skiing Crater Lake Caldera Could Cost You 6 Months In Prison

Park officials are asking for the public’s help identifying a crew of backcountry skiers that poached the Crater Lake caldera. KOBI5 reports (…)

Breckenridge vs. Steamboat: Race To 300 Inches...Who You Got?

Its been the snowiest February in Breckenridge since they started keeping track back in 1980 (90+ inches so far). A very active (…)

There are all sort of upgrades you can buy to enhance your ski resort experience….priority parking, lift lines skipping privileges, (…)

If you’ve ever driven down highway I-70 in Colorado, you have probably noticed the runaway truck ramp just past the Eisenhower Tunnel. If you (…)

Going into X Games 2020 Henrik Harlaut was tied with Tanner Hall for the most ski medals in the history of the event at 11. The Swedish (…)

We have all heard a girl say most of these things at least once or thrice.  It is super funny to hear them all in a row like this. (…)

SUV Forgets To Brake After Getting Pulled From Snowbank

Start Your Day With 7 of The Best Ski Jokes