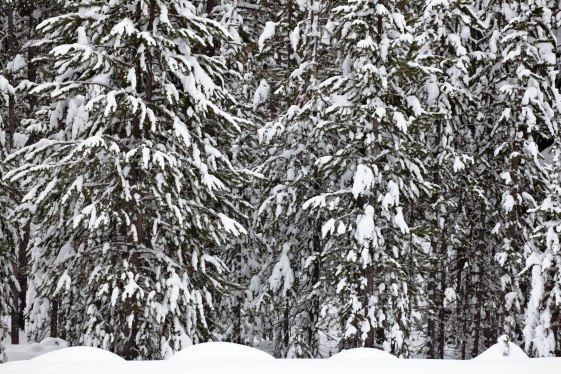 “I think the Northeast is going to see more than just a few, maybe several, systems in the course of the season” – Paul Pastelok, AccuWeather Long-Range Forecaster

Ever since NOAA downgraded its La Niña projections, Accuweather is following suit by updating their own winter weather outlook.

Among the notable new points made in the forecast, Accuweather meteorologists believe the northeast will have an especially snowy winter that could lead to an above average season for resorts across New England. Others benefitting from jet stream moving slightly further north include the PNW, the Upper Peninsula of Michigan, and parts of the northern Rockies.

Look for a stormy start to the winter season in the PNW as cold storms blow in off the Pacific giving places like Baker, Bachelor, and Mt Hood Meadows good early season snowpacks.

Drought conditions should persist across California as Accuweather projects warm and dry conditions to underscore the 2016-2017 ski season.

Colorado should see an equal chance of an average winter this year, with periods of intermittent cold and stormy weather affecting the majority of Colorado resorts. The exception being places like Telluride, Silverton, and Purgatory, which usually get the same systems as the Southwest (see below).

It’s going to be a cold one in the Northern Rockies which should create dangerous avalanche conditions as we move into the heart of winter. That said, look for resort skiing to provide good coverage all winter long as snow sticks and stays on the slopes.

The midwest and east coast are looking to have a big winter | Photo Credit: Accuweather

After a strong El Niño affected the Southwest this past year, this year looks to be the opposite. With the jet stream moving further north, the southwest should see below average precipitation, leaving Taos, Arizona Snowbowl, and Ski Santa Fe high and dry.

A series of large storms have the potential to impact the northeast this upcoming ski season, giving New England the wintry blasts they never got in the 2015-2016 season.

The ultimate sleeper pick– Mount Bohemia might be the powder mecca this year as multiple outlets are forecasting huge amounts of lake effect snow to impact the upper peninsula this season.

The southeast is looking towards a mild season with mostly dry and warm temperatures for the majority of the season. That said, the early season could hold abnormally cold temps.

Drought in California while the PNW gets hammered | Photo Credit: Accuweather