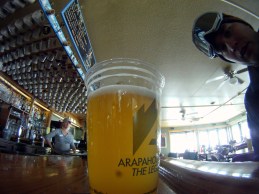 If A-Basin’s beach was its own town… it would be on this list. | Photo Credit: Robert Tadlock

When I think of an “authentic ski town,” my memory is immediately flooded with images of Coors Light Pro Mogul Tour advertisements nailed to some bar’s moldy bathroom. Just beyond the urinals, the smell of mozzarella sticks and pizza fill the negative space between Lange’s girly posters from the 90’s that seductively read, “Soft inside…”

The point of it all? Authenticity is subjective but as you’ll soon realize, authentic ski towns are unified in their appreciation for mountain culture, history, and most importantly– skiing. So with that in mind…

Here are the 10 most authentic ski towns in North America.

The last frontier is not only home to heli-skiing, the tallest mountain in North America, and Tommy Moe but it’s also home to one of the best ski towns in North America– Girdwood, AK. This town is cool in a very weird but tried and works kinda way. The home resort is Alyeska, which lift serves awesome terrain. That said, the backcountry opportunities are what have the capacity to fulfill every ski bum’s wet dream (weather permitting).

Since the Village Cafe ceased to exist, Jackson fell a little bit on this list but America’s big mountain skiing mecca is still home to a one-of-a-kind ski culture that is unlike anywhere else in the USA. That culture includes the JHAF, The Worker’s Wiggle, and The Hostel– all of which are home to some hard drinking, hard skiing people who all love Wyoming.

Canada is a beautiful country and its country folk are just as beautiful as the landscapes that surround them. Rossland is home to both and with Red Mountain Resort just up the road, it doesn’t get much closer to childhood– with all the good parts of skiing like an adult.

A legendary explorer, Jim Bridger was one of the first non-native men to explore parts of Montana and he did so on skis. So it should come as no surprise that Whitefish, Montana is home to ski posters from the 80’s with funny combinations of the words “beaver” and “liquor.”

When I think of Crested Butte, I think of “The Extremes.” Perhaps nothing embodies Crested Butte’s wild spirit like the competition that is part 80’s dream sequence, part FWT qualifier. But when all is skied and done, it’s just another reflection of an otherwise rad town that loves skiing.

When most people think of East Coast skiing they think New England but Lake Placid, New York is home to some serious skiing history. The town is the only place in North America to host two winter Olympic Games (1932 and the 1980 Winter Olympics). With the greatest continuous vertical drop in the east (more than Aspen), Whiteface’s terrain is not to be taken lightly.

Steamboat Springs (AKA Ski Town, USA©) is home to 80 Winter Olympians and as such hosts more home town Olympians than any other place in America. The Boat’s culture is pure American west with ranchers, snow machiners, and skiers all melting in the beautiful chili pot that is the Yampa Valley.

Back in the 1955, Ernie Blake and his strong-willed wife Rhoda started what is now considered Ski Taos. And although the resort was recently sold in 2013, the resort is continuing its legacy as New Mexico’s crown jewel. Steeps, bumps, and a rowdy local crowd make Taos a special experience. 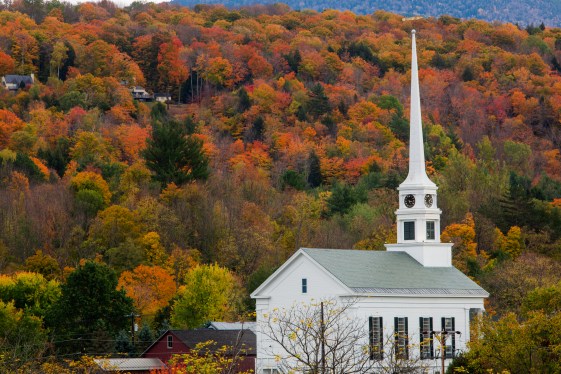 Ski history runs deep in Stowe, Vermont. In 1934 the Mt. Mansfield Club formed to encourage the use of trails cut on Mansfield by CCC. Four years later the first U.S. Ski Patrol was established at Stowe under Minot Dole as chairman of national committee. Skiing at Stowe you feel the history and the ghost of skiers gone by. 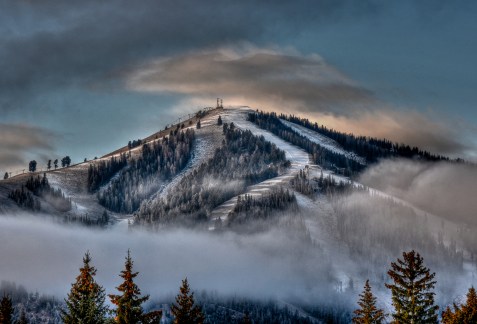 From Warren Miller bumming it in the parking lot to Ernest Hemingway penning “For Whom The Bell Tolls” while snow fell outside– Sun Valley, Ketchum, and Hailey combine to create an area that is as cool as skiing gets.