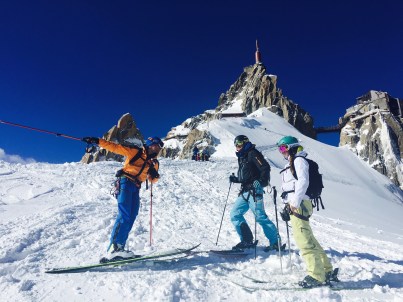 While the alps remain the birthplace of alpine skiing, it turns out the USA is the sport’s future.

Related: The 10 Most Expensive Lift Tickets In The USA

According to new stats published by The Local, The USA topped France this past year with a whopping 53.9 million skier visits compared to France’s 52 million. Ultimately, the plentiful snow across the western USA resulted in a .6% increase. Meanwhile, France’s horrible early season snowpack resulted in a 3% decrease over the same period of time.

“There was a very difficult start to the season due to a lack of snow at low and medium altitudes, not to mention unpredictable weather causing disruptions to our operating systems.” – Domaines Skiables de France

The two countries have traded the top spot in recent years with weather being the determining factor as to who sees the most visitors. Austria, Europe’s second most skied nation, also saw a 4% drop in skier visits this past year.