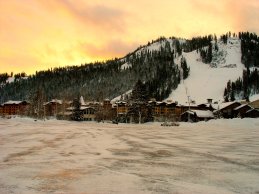 The Placer County Planning Commission has spoken their piece and it came in a 4-2 vote in favor of developing the base village @SquawValley.

“The bad news is that the Planning Commission chose irresponsible development over the values of Tahoe, the will of the community, and the laws of California” – Tom Mooers, Executive Director of Sierra Watch

So far, the news is being taken to heart by the development’s opposition. Members of Sierra Watch and The League to Save Lake Tahoe are now looking to the Placer County Board Of Supervisors to reject the $1 billion dollar plan that includes adding high rises condos and an expansive water park to the base of Squaw Valley. In addition to the environmental groups and California Attorney General General, 62 small businesses recently voiced their opposition the development. 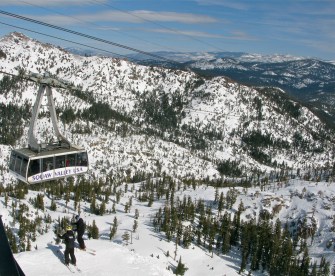 The most important issue raised at the meeting was not the development itself but the effects a massive 25-year buildout will have on traffic, public safety, and pollution added to the already fragile Tahoe environment. California Highway Patrol Captain, Ryan Stonebraker expressed his concern for public safety as the traffic is expected to boom post development.

“My concern is that we have a massive amount of development and growth – how much can we sustain?  We have to do what’s appropriate for the community and the safety of everybody here.” – Ryan Stonebraker, Calfornia Highway Patrol

Commissioners Johnson, Moss, Roccucci, and Sevison voted to approve the project.  Commissioners Gray and Nader voted against the development. Since its original inception, the plan has been reduced by nearly 50%. The development is set to face approval from the Placer County Board of Supervisors sometime this fall.