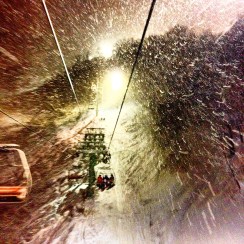 In 2008, fat skis were getting fatter, freestyle was storming into the backcountry, and JP Auclair and Chris Benchetler were heading to the northern island of Japan.

It was at this point that Japan became internationally known for its free-ride potential. Suddenly snot nosed rippers were dreaming of popping pillows amongst bamboo and birch– now a bucket list item for any skier. Eventually, those same kids would find their way to Japan. The reason for the pilgrimage? For many– including myself, it was Chris Benchetler and JP Auclair’s famous segment from the Poor Boyz feature “Reasons.” 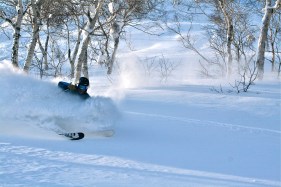 Since the movie was released, ski tourism in Niseko has been on the up and up. Just one year after the release of “Reasons,” the once sleepy ski town saw a 103% increase in tourism. Undoubtedly, the raised awareness for free-riding at the resort helped serve as a catalyst for the immense growth in ski tourism.

“In the case of Niseko, investment by non-Japanese in local ski areas and condominiums has fueled collective economic growth. Furthermore, operators of tour buses are finding themselves booked to capacity.” – Rocket News

However, free riders are not the only ones responsible for the uptick in tourism. According to iplglobal-ltd.com, China is putting Niseko over the top. Since 1996, Japan has benefitted from a gargantuan spike in the Chinese ski population. Between 1996 and 2011, the Chinese saw their skiing population grow from a meager 10,000 to 5 million juggernaut in just 5 years. Many of those skiers would end up schussing down the slopes of Niseko.

The onsen at the Hilton Niseko | Photo Credit: ytlhotels.com

All that growth and foreign influx recently spurred real estate development, airport expansion, and resort improvement. On March 1 of this year, YTL Hotels announced they would be adding 2 magic carpets, a new 1.2 km ski run, as well as a two new lifts to encourage foot traffic in the once dormant Niseko Village. One of the lifts will combine chairs as well as gondola cars (with glass floors) while the other will be a shorter gondola. Both lifts will access restaurants and shops in the Niseko village area.

“This investment represents the next step within the master plan to develop Niseko Village into one of the world’s greatest all-season resorts.” – Shiau Wee Long, CEO of Niseko Village

Those improvements, which are projected to be operational by the beginning of the 2016/17 ski season, are all a part of Niseko’s grand plan to keep the resort moving without drowning in such rapid growth. 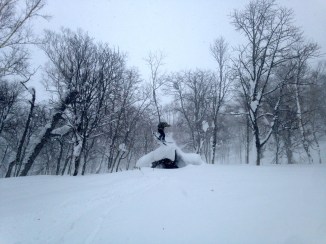 Because JP told us too… | Photo Credit: Abbott Gilbane

However, whether or not the famed powder mecca will continue to fulfill the powder filled dreams inspired by ski films like Reasons, has yet to be seen. I for one will be making the pilgrimage again in my lifetime– if not for the powder, then for the people, onsens, and inspiring culture of Hokkaido.