State of the Backcountry 2016: Tahoe and the Eastern Sierra

State of the Backcountry 2016: Tahoe and the Eastern Sierra 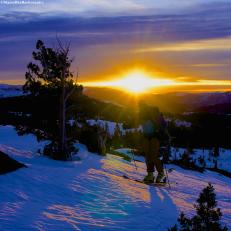 Saint Dostie with his skis, in and out of the mountains he goes

The end of February is near, and with well over 300” of snow having fallen across the Sierra Nevada, the state of the Tahoe and Eastern Sierra backcountry is as good as it’s been in five years. Granted, February has been mostly warm, sunny and dry. A few inches to start the month and one solid storm are the only periods of precipitation that have added to our phenomenal start to the season. But the skiing has held integrity for the past few weeks, coverage is worthy, and the recent high pressure has allowed for more time to explore our beautiful backyard. 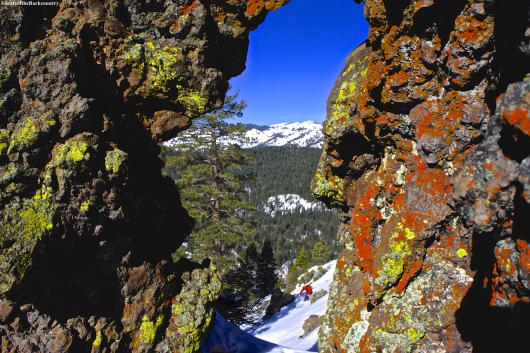 Since the last Unofficial Networks State of the Backcountry report, the faucet largely turned off as the hope for a Fabulous February has quickly turned into a strong blast of early spring in the Range of Light. January was wet, but the past few weeks have been absent of snow minus the 2-3’ storm that hit us last weekend. Corn skiing marked the transition that snapped us out of the powder-drenched dream that was basically December into January. It felt weird at first, after so many fun, cold snow days to be searching for solar aspect skiing, but with such a good base slopes from the Northern to the Southern Sierra have hosted a slew of skiers and riders looking to keep the stoke train of their season going. 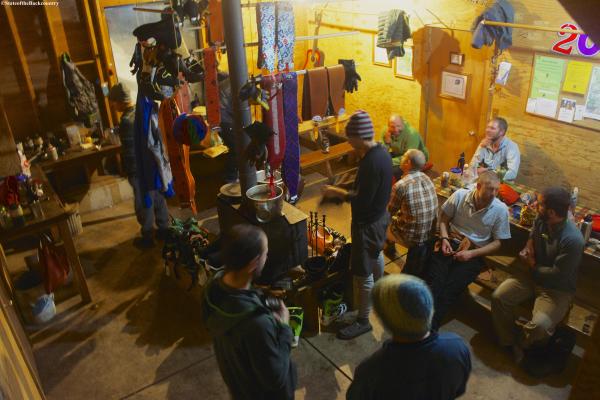 This month, two and a half weeks passed before it snowed, so there was ample time to look for old sheltered powder, and take advantage of the winter corn window. The most recent storm was welcome bringing big winds and our biggest storm to Tahoe in recent memory. I’ve said it many times in this report over the years-an overnight dump in the Sierra can be a game changer. Five feet would’ve been great, but 2-3’ is what we got. The snow was far from the cold stuff we had enjoyed in January, although the wind pressed texture meant snow surfing was in season, and truthfully, these mini-to-moderate storms are great, but the “big one” has been absent from the Sierra for far too long. It was good to be able to measure snow in feet with this last one. 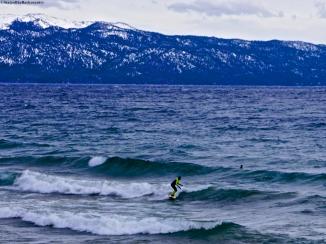 In the present the new snow has settled from the storm, and as daytime temperatures increase wet instabilities are growing on solar aspects (W-SW-S-SE-E). As always, keep as up-to-date as possible by checking in on the Sierra Avalanche Center (SAC) daily reports. SAC can always use financial support if you can offer it, so don’t hesitate to make a donation today. If that’s out of reach grab some discounted lift tickets by visiting their site, or take a few moments to poke around as there are numerous ways to contribution to this necessary organization that does so much for our backcountry community. 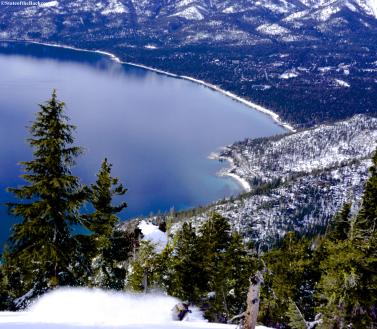 With a few more sunny days left in the month, some weak disturbances look to impact our region in the coming days, but there’s nothing big out on the horizon. Hopefully that changes as the Miracle March mentality comes into focus. It may sound crazy, but it was only five years ago when we got 20+ feet of new snow in March. Think about that. I’d say that’s exactly what would take our just hovering around average winter-that feels so extraordinary because of how rough the past few years have been-and turn it into the Godzilla El Nino monster we heard so much about in the preseason. Until then, Alpenglow Sports will be raging the North Shore with Mountain Fest, corn will continue to be in season, and high pressure will be in charge. Be safe, enjoy the good weather, and have fun out there! 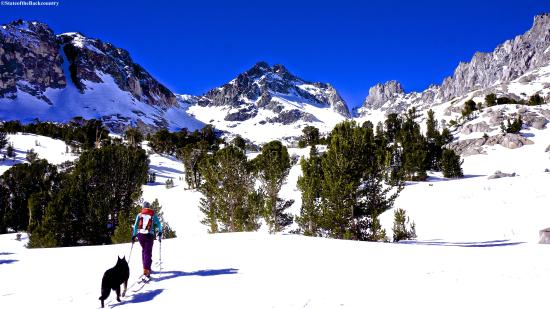 The Eastside of the Sierra-the areas to the south of Tahoe, and more commonly know as the Central and Southern Sierra, have also been enjoying a resurgence of skiability this season. While the overall snow totals haven’t been quite as high as in the Northern Sierra, coverage from the Sonora Pass area down as far south as Lone Pine has been on trend with the rest of the range clocking it at close to average, and far healthier than the past four drought stricken seasons.

The more north one tours, the better the coverage. That means in the Sonora area, Bridgeport, Lee Vining and around Mammoth, more consistent, skiable snow is found. That’s not to say that the south is absent of snow. Although from Bishop south, at lower elevations the difference is noticeable, with snow found sporadically around the 8k mark, and a much more dependable base found closer to 9k. Above here is when things start to get good, and with High Sierra peaks ranging from 11-14K+ you can do the math. The effort factor is high the further south one goes, but often so is the reward. If you’re wondering about coverage, stability issues, and the ongoing change in the Eastern Sierra snowpack, give the ESAC site a read before you make a trip. 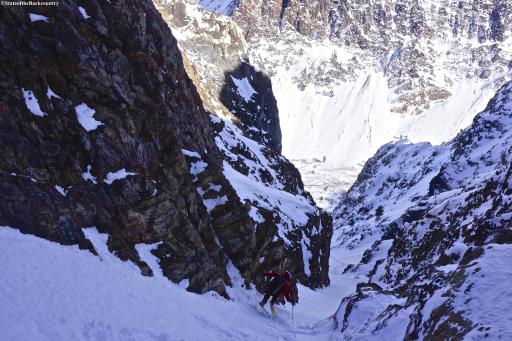 Jeremy Frumkin gets walled in the Eastern Sierra

We’re already in the heart of winter-even if it feels like spring-with the heavy hitting months of March and April on deck. This is always the make-or-break time of season in the Sierra, and with such a strong start, one can only hope we’re going to finish strong. Tahoe has been on fire! Even with the warm snap, cold snow has been hiding out there, and thanks to the wet winter thus far we have enough snow to help us search around locales that haven’t seen tracks in years. Overall, the Sierra is doing well, from North to South, and if we could just dial up 20 or so feet in the next several weeks, it seems all will be right in the world of California ski touring once again. We’ll have to wait and see, and as I prepare to make my annual trip up to PNH Tour Camp, I can only hope that when I get back in April, I’m hearing about all the great days I missed. Our PNH season is sold out this year, but if you’re looking for another great trip or two, there’s still an opportunity to make it to Greenland and Kamchatka this spring. Whichever way your pleasure tends, enjoy every step in the backcountry, and let’s hope Godzilla brings a Miracle March to the Sierra!