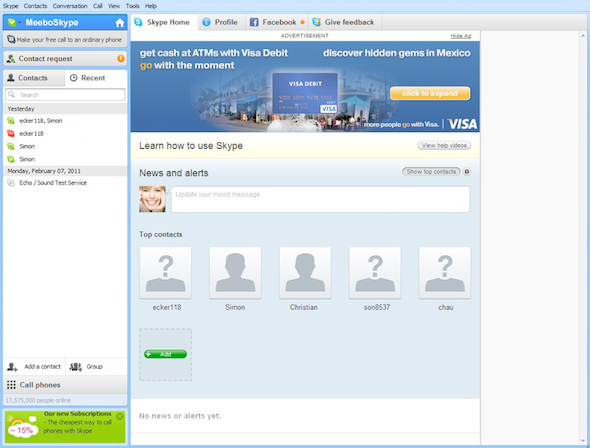 Skype announced on Monday that it will soon add advertisements to its desktop software. The move is thought to be an effort to introduce a new revenue stream ahead of the company’s IPO, which will occur this year. The new display ads will be rolled out in the U.S., U.K. and Germany this week, and they will appear on the Home tab of Skype’s desktop software. Initial ad buys that will begin running as soon as Skype’s new ads go live come from companies including Groupon, Universal Pictures and Visa. While Skype’s long-term plans remain unclear, the company said that it will initially only display ads from a single brand each day. For the time being, Skype’s ads will appear only in its Windows client, not its Mac application.