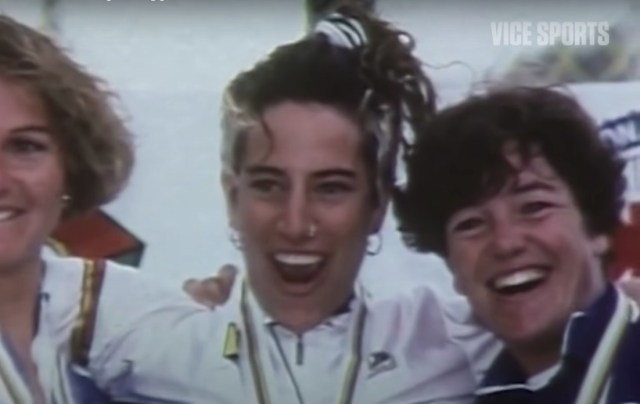 This is the story of 46-year-old champion downhill mountain biker turned pot smuggler Missy “The Missile” Giove. Missy dominated the downhill mountain biking circuit in the 1990s, winning 14 NORBA downhill titles and 11 world cups but when medical bills mounted from her various injuries and sponsor money dried up she decided to start driving weed across the country. This is her story:

“Meet one of downhill biking’s all-time biggest names, Missy “The Missile” Giove. One of the first women to break out on the mountain biking scene in the 90s, Giove was known for her high-intensity riding style and outspoken personality. Her peddle to the metal attitude did not always result in the safest rides, however, and Giove suffered several injuries throughout her career, eventually causing her to put down the bike.

With mounting medical bills and few other options for income after her career drew to a close, Giove sought a new form of adrenaline rush by smuggling millions of dollars worth of marijuana across the country. A massive DEA operation brought Giove head to head with law enforcement in 2009, and she faced up to 40 years in jail. Nearly 10 years later, we catch up with the daredevil to learn more about her life of high stakes racing.”