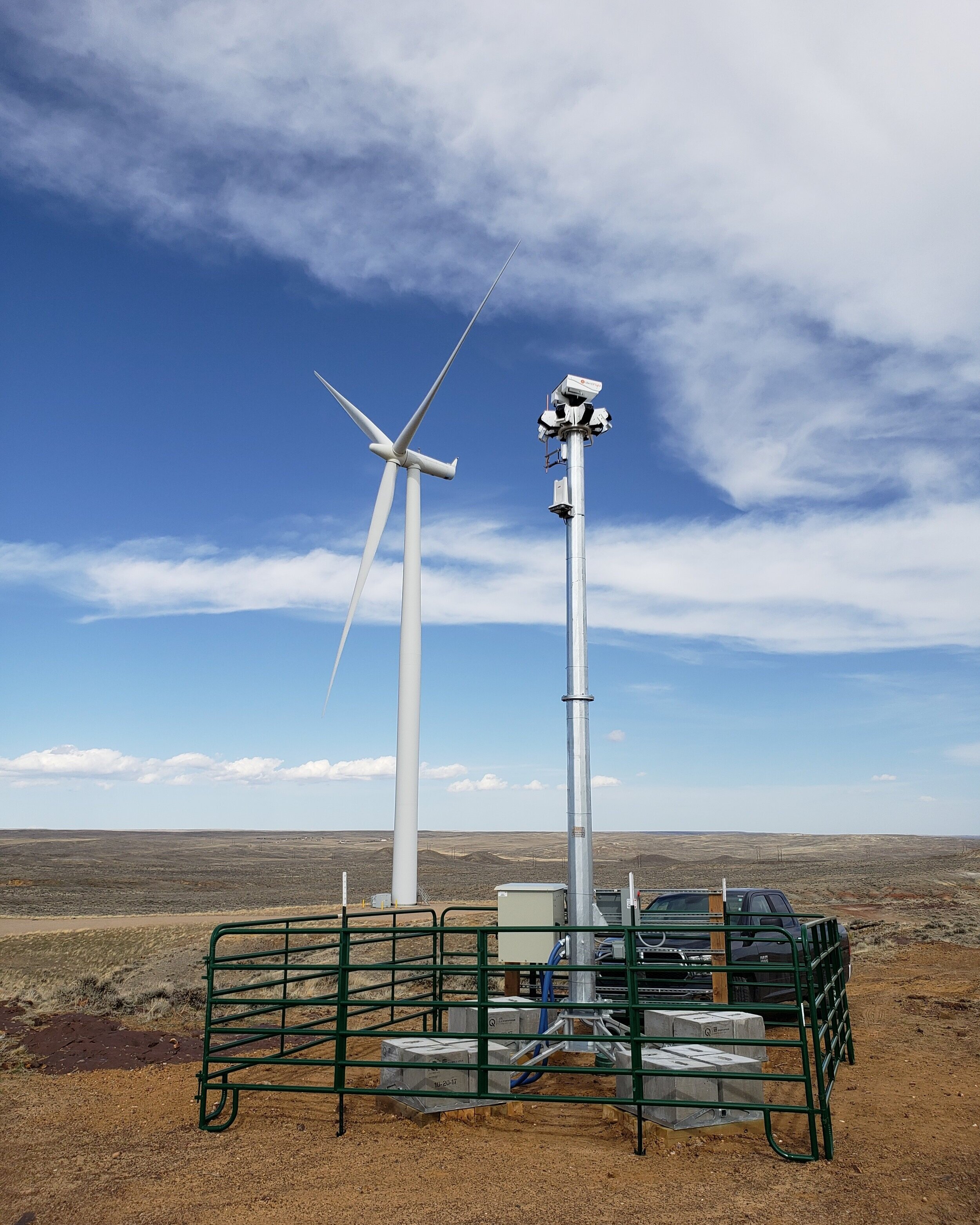 IdentiFlight is an AI-powered bird detection system that is used in conjunction with wind turbine farms. The device scans the area for large birds, and can turn off individual turbines if it believes a bird is at risk of colliding with a blade.

“The IdentiFlight bird detection system blends artificial intelligence with the high-precision optical technology to detect eagles and other protected avian species. In an operating wind farm, IdentiFlight contributes to eagle conservation by helping protect them from collisions with rotating wind turbine blades. In wind project development, IdentiFlight helps in permitting sites by accurately quantifying avian activity at prospective sites. Automatic detection and species determination occur within seconds for birds flying within a one kilometer hemisphere around an IdentiFlight tower. The IdentiFlight system has completed real-world testing and validation in pilot programs at wind farms with elevated eagle activity and is now commercially deployed at projects around the world. “

The IdentiFlight uses 47 million images to identify protected species, and it appears the tech works. A recent study found that there was an 82% reduction in bird fatalities at a site using the IdentiFlight compared with a control site.

“This technology therefore has the potential to lessen the conflict between wind energy and raptor conservation. Although automated curtailment reduced fatalities, they were not fully eliminated. Therefore, automated curtailment, as implemented here, is not a panacea and its efficacy could be improved if considered in conjunction with other mitigation actions.”

What an awesome way to use AI and machine learning to protect the environment. Check out how the IdentiFlight works in the video below.