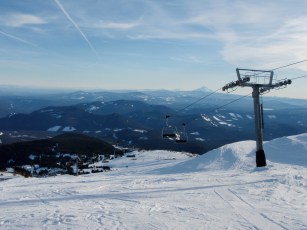 57 year-old Steve Leavitt went missing at Mount Hood Meadows on March 7th and after multiple rescue and recovery efforts were hampered by weather, authorities can finally lay the skier to rest.

According to Oregon Live, the man’s body was discovered late on Wednesday and it appears as though the middle-aged skier hit a tree before landing in a shallow tree well. Personnel extracted his body from the scene early on Thursday morning.

Leavitt was last seen riding the Heather Canyon chairlift just before noon on March 7th. He was wearing a helmet at the time of the incident.