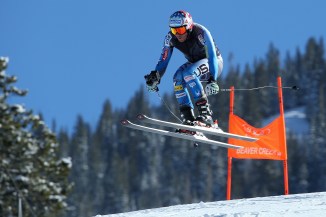 Bode Miller’s hopes of returning to the 2016/2017 FIS circuit are over as a judge has ruled against the olympian’s lawsuit that sought release from his contract with HEAD Skis reports NBC Sports.

Miller, who recently switched to Bomber skis was hoping to compete in FIS World Cup events this year to sustain his livelihood and support his family. Sources close to Bode are saying that he plans on evaluating his physical condition in a year’s time before attempting a return to the starting gate. Many people, including ski racing coaches, have questioned whether Bode can still compete at the elite level he’s used to.

“If Head had not won on a legal technicality, Bode would have returned to the racing circuit shortly after the court’s decision.” – Bode Miller’s Spokesperson (*Quote courtesy of NBC Sports)

The world’s winningest American male ski race will turn 40 next year.  The last time he raced was in February of 2015, when he tore his right hamstring during the world championships.