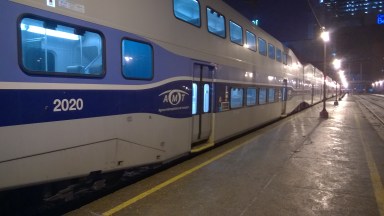 Next time you board a Canadian train with skis, you might want to check the clock.

According to CBC, a Montreal resident has been slapped with a $102 dollar fine for bringing his skis on the train during rush hour. Mathieu Simard hopes to have the fine overturned saying he used the skis to get to work earlier that day after copious snow covered the city streets. Simard went on to explain that skiing home wasn’t a viable option due to the snow melting throughout the day. He plans to challenge the fine in a court of law.

Police explained that Simard’s actions were a clear violation of set bylaws that prohibit commuters from bringing bikes, skis, and snowboards onboard during rush hour.