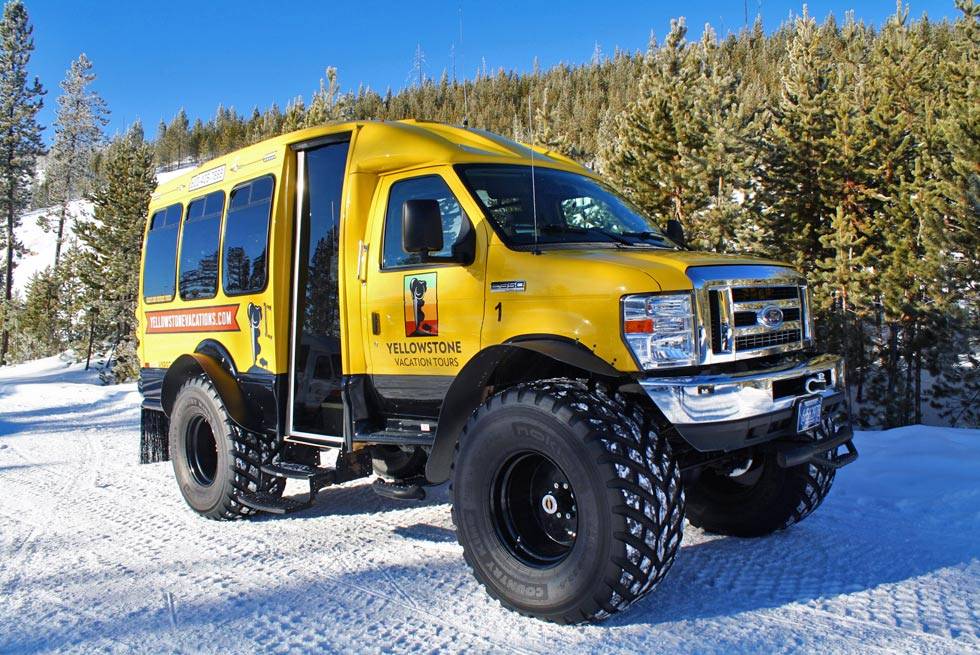 Large portions of Yellowstone National Park are closed during the winter due to heavy snowfall, but there are still several options for exploring the park.

One of the most popular ways is to take a snowcoach tour. The image above comes from Yellowstone Vacation Tours.

The vehicles are fitted with giant snow tires to make traveling the snowy roads possible.

The video below shows a herd of bison causing a bit of a traffic jam for a snowcoach tour this past weekend. Check it out!

There was a hilarious video that emerged last season of a bison throwing a bit of a temper tantrum in front of a snowcoach.

Check it out below 😂

Just remember that the 5,000 bison run the show in Yellowstone National Park.

They’re not afraid to ram your vehicle or charge you if you get too close.