Most of the west got off to a fantastic start to the season.

Ski resorts are opening extremely early, Alta Ski Area has already recorded 100 inches of snow on the season, Wolf Creek is 90% open, and Big Sky is opening with 2,000 acres of terrain.

All is well in the west, but a recent dry spell has skeptics worried. Was the start to the season just a fluke?

Our friends at Powderchasers have all of the information you need to know. Don’t expect any major storms over the next couple of days, but hold your horses. Powder could make a big return in December. 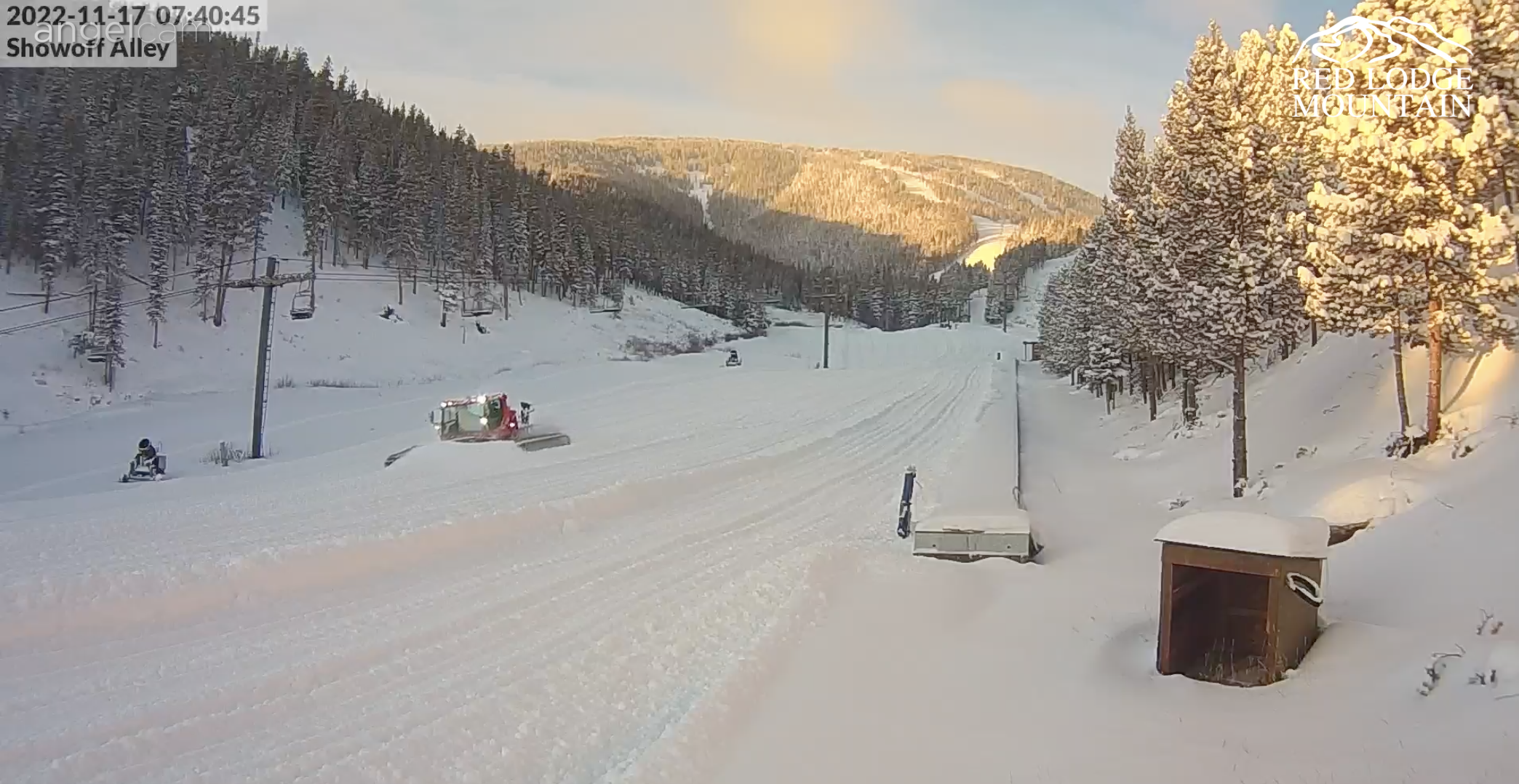 This forecast is mostly unchanged, with snow peaking in the Front Range of Colorado later Thursday (Intensity peaks at midnight) with most of the models showing 4-9 inches for the metro areas of Boulder County (Higher elevations) and slightly less as you travel south of Jefferson County. Rocky Mountain National Park should see similar amounts with perhaps 2-5 inches for Eldora and areas of Grand County (Granby Ski Ranch, Winter Park). I have lower confidence in anything higher than 1-3 inches for areas south of I-70 or west of the Divide. Most of this snow is going to fall just west or north of Boulder County with less snow as you approach the Divide.

This might be a storm where you simply head to the hills around Boulder or even Fort Collins and do some snowshoeing or fat tire winter biking. Keep an eye on Eldora and Winter Park Cams (Both are open) with some freshening for turns on Friday. This storm has perfect timing unless the groomers pack everything down Thursday night (You know they will).

The real news this week will be lake effect snow in the UP bringing significant snow to some areas of the Midwest through Sunday.

Announcement: Powderchasers and our forecast staff is supported by our readership, so if you have not donated, please do so here or join our powder concierge program where we provide 1:1 trip planning for powder, last-minute custom forecasts and steer you to the deep. Support our sponsors listed on the webpage and be sure to follow our Instagram and Facebook page @powderchasers.

In chasing powder, we always look for any signs of a decent storm on the horizon. The models have been consistent in bringing a system into the Pacific Northwest and BC early next week. Temps are cool enough for snow at most base areas of the Cascades (3500-foot snow levels). That storm has the potential for 6-11 inches, perhaps more, in the Tuesday timeframe. It favors the northern Cascades and Canada. Winds crank from the SW (Favors Baker) but veer NW and West increasing the odds of some accumulating snow further south from I-90 and north. The European and American have differences in how far this system will dig.

Below: The European Model drops next week’s low further south bringing light snow to the Sierra and even the intermountain west (Wide area of the Rockies) early next week. Heavier snow is likely in the northern Cascade and BC ranges.  Even if the European pans out, snow amounts will be very light outside of the PNW or BC.  Moderate snow is likely for northern Idaho. 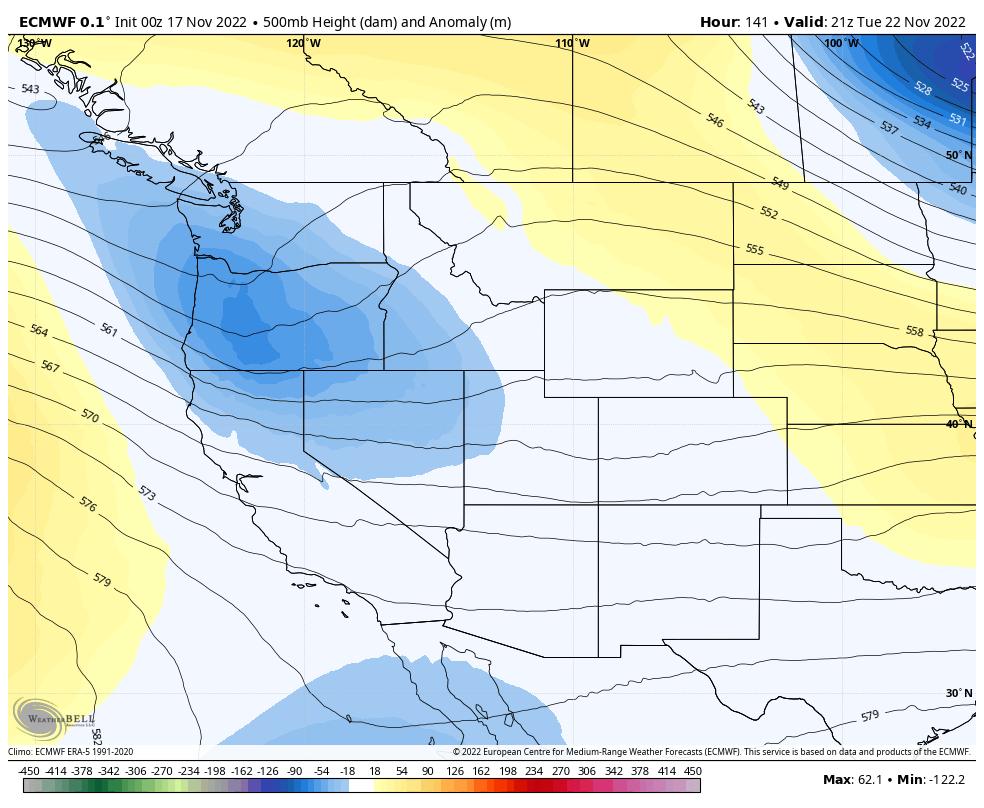 Below: The American GFS keeps all the moisture north with high pressure continuing in the Sierra and central Rockies next week. Light or moderate snow is likely for the interior areas of northern Idaho and Montana with heavier snow for the northern Cascades and western Canada. 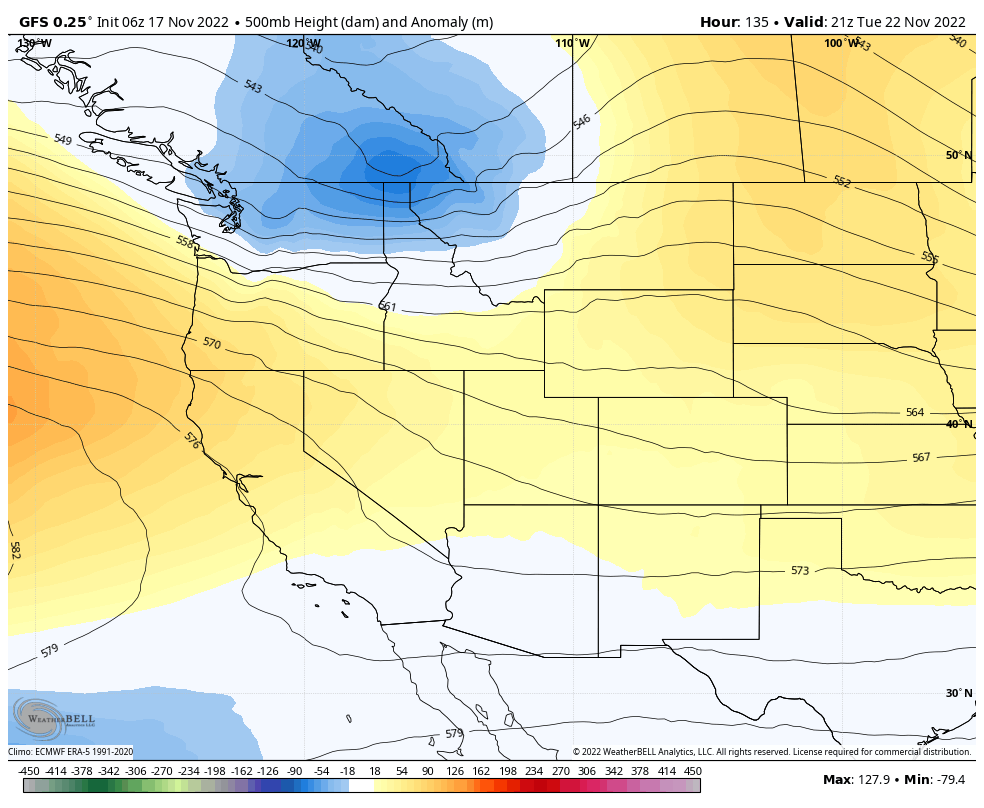 Below: Total precipitation by late Tuesday(Washington-Oregon) on the European model coincides with the Heights above bringing a more open wave into the PNW dropping further south (Less total precipitation is noted, but spread over a wider area). Perhaps a spread of a 1/2 inch of water (5-9 inches) in many areas of the PNW. Light snow was also noted over the Sierra and Rockies. 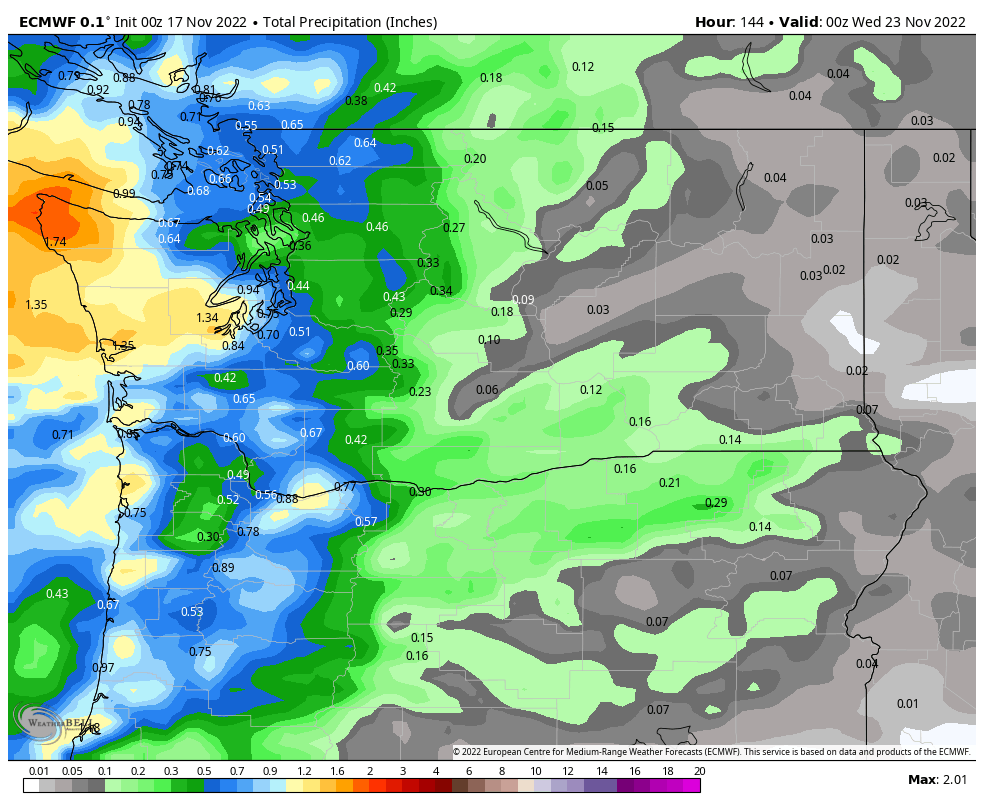 Below: American model keeps the bulk of precipitation in Washington and Canada with some generous amounts noted in Canada and the northern Cascades. Moderate snow is also noted for northern Idaho.  Much less moisture is noted further south into Oregon. This might offer a deeper solution but being 5 days out will change.

Looking out for deep powder for the bulk of the Rockies, there is a signal that the ridge will break down towards November 30th. This might return some decent moisture to many areas of the west. Look for an active end of the month or start to December. Let’s hope these models hold up!

Below: Deep low pressure is noted with a retreat of the ridge allowing storms to drop further south towards the end of November. There is low confidence at this point purely from being 13 days out. It’s worth sharing and keeping an eye on for now. 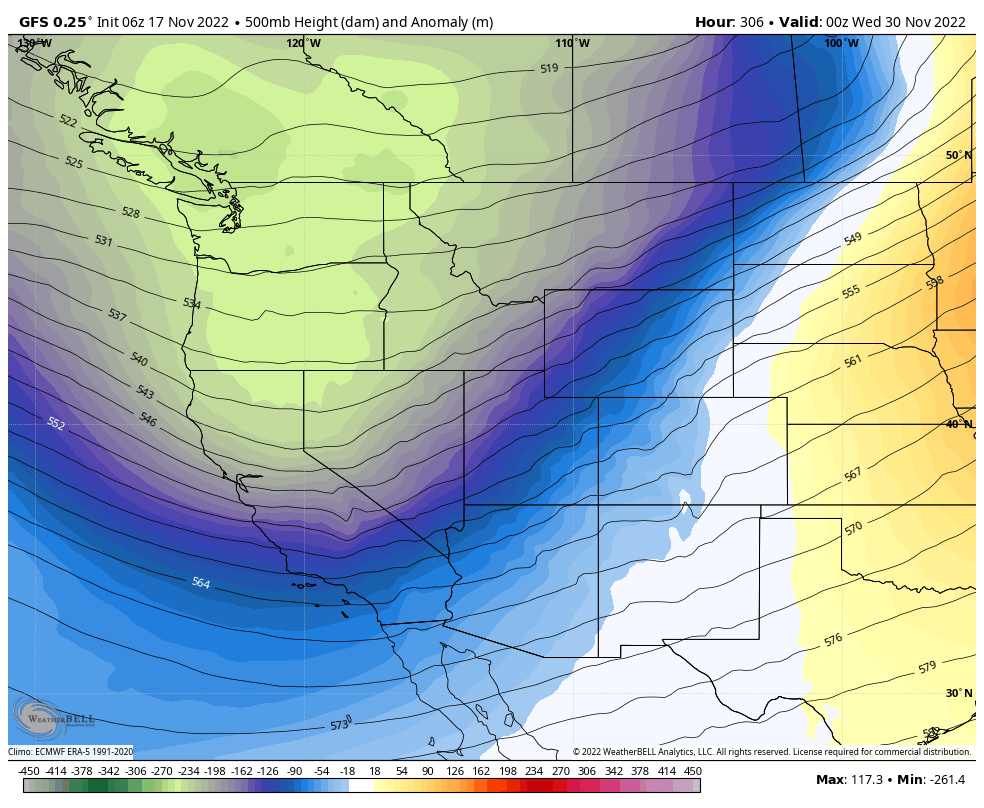