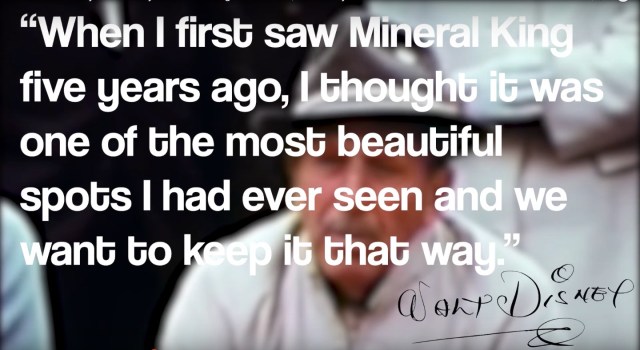 “On the 18th of September 1966 atop the Northern Californian Mountains Walt Disney, in his last ever public appearance, would officially announce a Disney owned and operated Ski Resort. A ski resort that sadly never saw the light of day, leaving Walt Disney’s Final Project never completed.” The project met major hurdles getting permission to build in the national park and torrents of pushback from conservationists of the day. Ultimately interest in pursuing it fizzled out after about a decade and it was shelved but the story of the unrealized resort has become legend:

FOR CONTINUED READING I HIGHLY SUGGEST A DEPTH ARTICLE BY GIZMODO READ HERE.