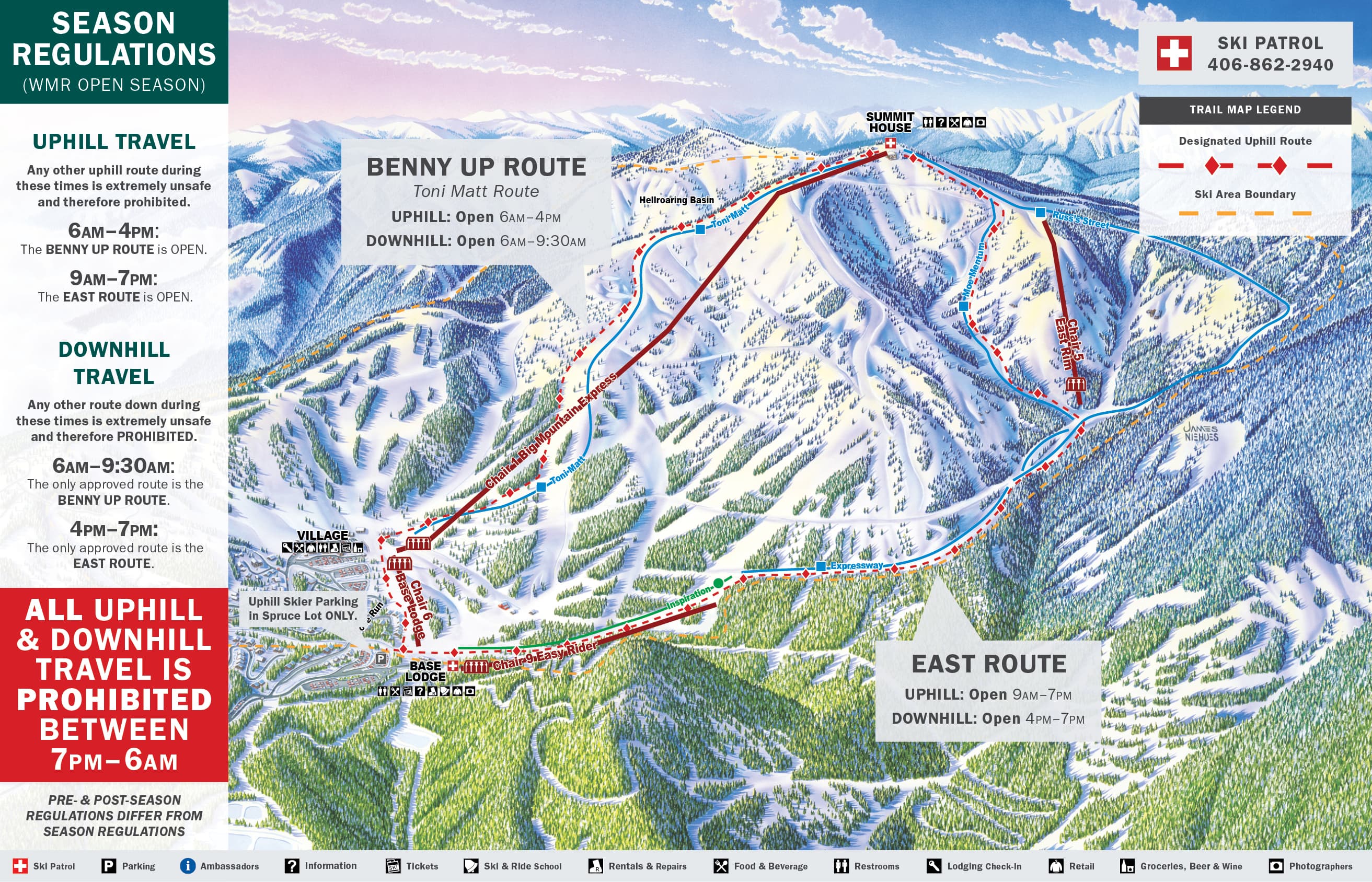 Whitefish Mountain Resort is one of the best ski resorts in the country for uphill access.

They offer two summit routes that are open most days of the season- something that most resorts across the country are lacking.

Whitefish loves accommodating those that are willing to earn their turns, but they’re urging caution as a flurry of individuals have recently been spotted recreating near the new Snow Ghost Express chairlift construction zone.

With all of the recent snowfall, Whitefish has observed multiple people hiking and skinning in the construction zone that’s clearly roped off- including somebody who was seen climbing the new upper lift terminal.

Consequences could be levied for violators in the future, up to and including the revocation of season passes.

To all of our readers in Whitefish- just don’t be an idiot, okay? Stay away from active construction zones. There’s no need to risk your well-being for a cool photo-op. Stick to the rest of the mountain.

Whitefish Mountain Resort is warning skiers not to engage in dangerous behavior around the Snow Ghost Express chairlift construction zone.

Following recent snowfall, skiers have been seen hiking or skinning up the mountain and entering the clearly marked construction zone, with at least one individual climbing atop the new upper lift terminal on Inspiration Ridge.

Safe uphill travel is permitted and encouraged on Big Mountain. However, entering the construction zone is strictly prohibited and may result in consequences, up to and including the revocation of season passes.

“We don’t enjoy issuing warnings like this, but it’s absolutely crucial that folks follow the rules, use common sense and make safety their No. 1 priority,” Whitefish Mountain Resort President Nick Polumbus said.

“Most of our local uphill community acts responsibly, but this chairlift project poses some new and different challenges and we want everyone to be aware and safe.”

The resort’s uphill policy was crafted in consultation with the U.S. Forest Service. Rules vary throughout the year and the 14-day pre-season period will begin Thanksgiving Day, Nov. 24.

Details can be found at skiwhitefish.com/uphill.

Other safety reminders are as follows:

• Under Whitefish Mountain Resort policy and a special order from the Forest Service, all guests must stay at least 100 feet from grooming machines, even if the machines are stationary, and at least 50 feet from all snowmaking equipment, including fan guns, high pressure water lines and high-voltage electrical cables.

• Guests should never duck under or ski over winch cables used to pull grooming machines up the mountain. These heavy steel cables carry immense loads and can move suddenly and rapidly, resulting in serious injury or death.

• Route restrictions are in place during the winter operating season and the pre- and postseasons. The Benny Up Route and the East Route each begin at the Spruce parking lot and end at the summit. Each route is marked with red diamond-shaped signs and maps can be found at skiwhitefish.com/uphill.

• Uphill skiers must yield to downhill skiers and snowboarders, stay on the edge of the route (not in the middle of trails) and never hike more than two people side by side. Collisions between uphill and downhill skiers are extremely dangerous and can be avoided.