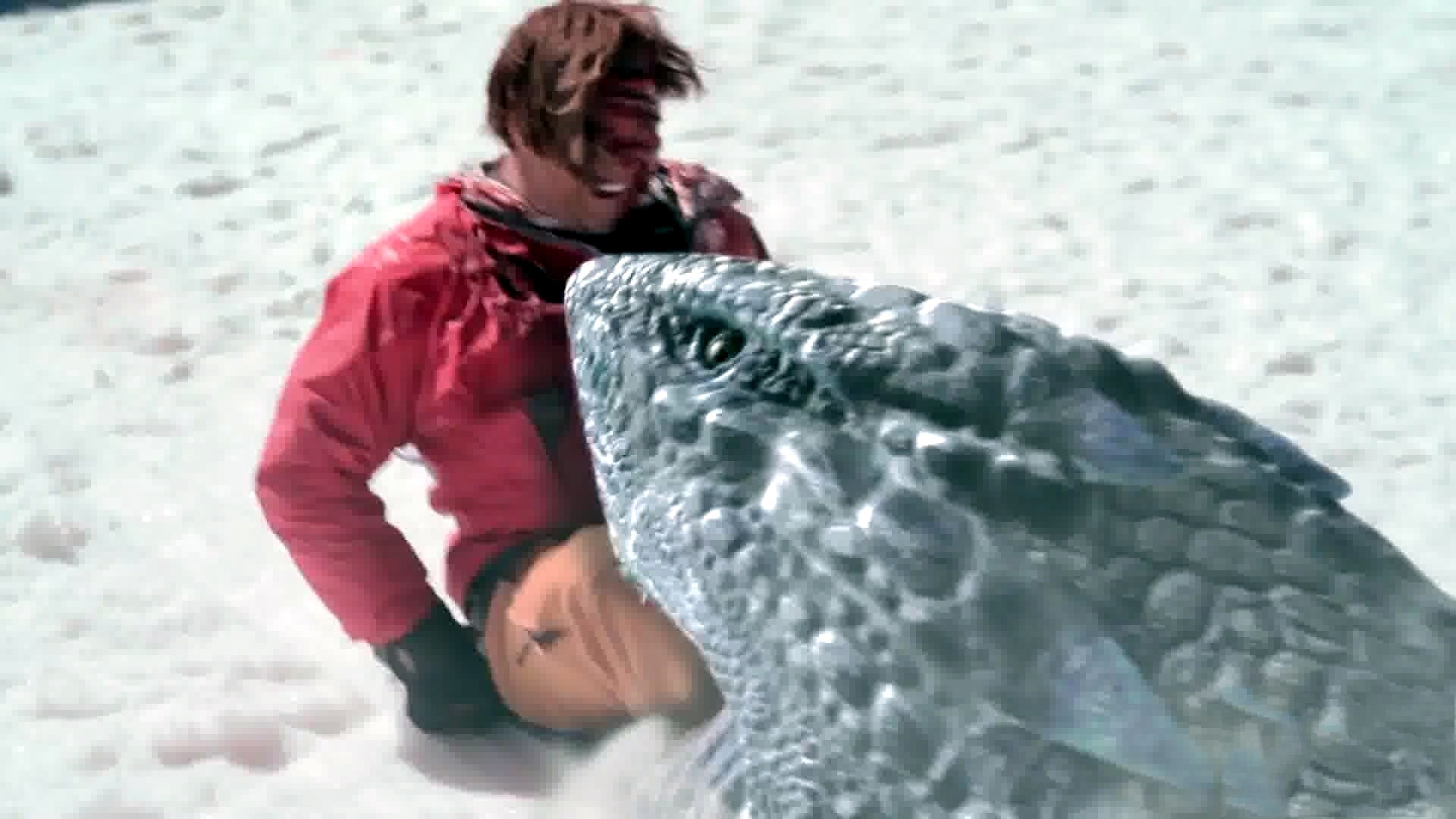 The cable channel Syfy is no stranger to inserting sharks into typically shark-less topics in order to create cheesy sci-fi films. The ‘Sharknado’ series of movies were an undeniable hit, as terrible as they are, so why not try sharks in another wacky scenario?

2013’s ‘Avalanche Sharks’ is exactly what you think it is. It’s a cheesy skiing movie filled with terrible one-liners, hot chicks, booze, crappy skiing, and sharks that travel through snow.

You can watch the whole thing by streaming it, or you can just save your time and watch the trailer below. It’s hilarious, and I’m assuming it’s enough to glean everything we need to know about this terribly hilarious movie.

Also, real quick- The movie takes place at Mammoth Mountain, CA, and they reference multiple times by name in the trailer.

Do you think somebody at Mammoth had to sign-off for the movie to use the name of the resort? Kind of funny to think that’s a possibility…😂

Is this the best terrible ski movie ever made?

“Avalanche Sharks tells the story of a bikini contest that turns into a horrifying affair when it is hit by a shark avalanche.”