THE CALM BEFORE A POTENTIALLY WIDE-REACHING SPRING SNOWSTORM

The past 24-48 hours have been good to a few areas. Eldora in Colorado has picked up almost 6″of new snow since Tuesday. Crystal mountain had a nice dump with 10″ since Monday and two feet since Sunday! Several areas didn’t pick up snow (Ahem Sierra Nevada and Arizona). Mt Baker grabbed over 60 inches in 3 days! Whistler had 75 CM in 24 hours by Monday. We did issue an EPIC ALERT last week so hopefully you chased it like we did.

The below image shows the snow accumulation since Sunday and it shows a decent coating in Idaho, Montana and Wyoming. Snow is continuing in Colorado – mainly north of I-70 – on and off through Wednesday evening. 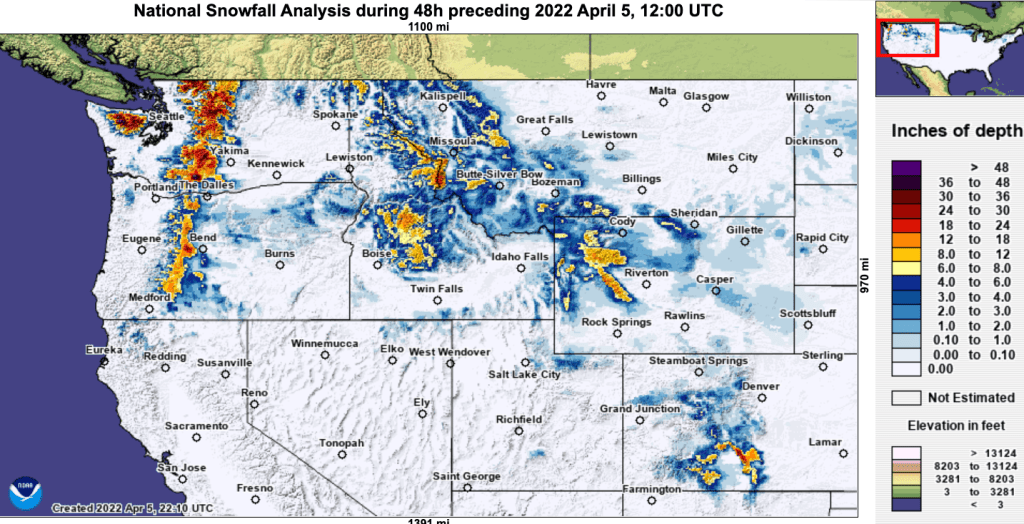 For the remainder of the weak, mostly warmer and dryer conditions will be expected across the Western US. That is, until our next storm begins to move into the PNW. Early models are showing a weak storm pushing into the PNW Friday-Saturday. Once it moves onshore, models are suggestion this storm will really deepen and meander over the western US at varying intensities through the middle of April. That leaves us with 3-6 days of continuous unsettled weather to track over some of our favorite spots. With this looking to be a cold storm, snow levels should be low enough for all snow in the PNW and inland.

So this storm has been showing up for a little while on the models so there’s good reason to believe that something will be happening. It’s easier to digest what’s happening this weekend in the PNW and Northern Rockies than it is to determine what will happen from Colorado to California. 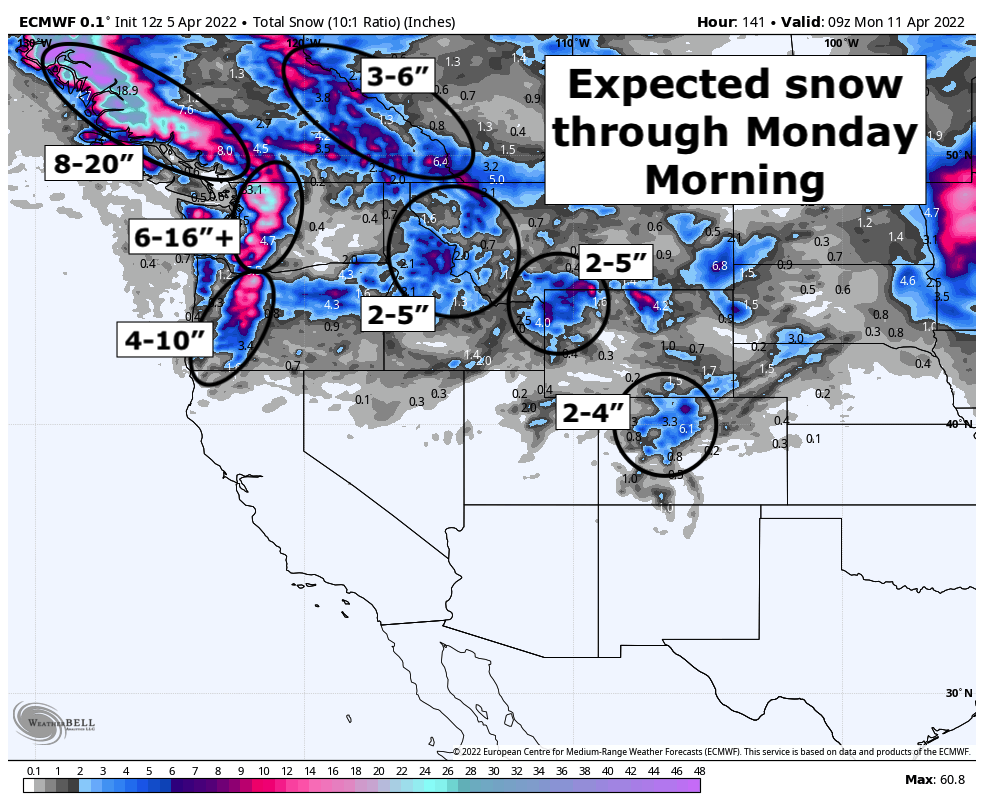 By Monday, areas around Stevens Pass could have close to 12-18″ of new snow. Decent amounts are likely for Mt Baker, If not a bit more. Mt. Hood could also see a nice showing of snow with possibly upwards of a foot falling. Further inland, Big Sky, Jackson hole, Schweitzer and Whitefish should fair decent with a refresh of up to 5″ of new snow.

The second push of this storm will go further south and hit Utah and Colorado more and could even bring some light snow to the Sierra Nevada and Arizona – albeit not much early next week. Since this storm is a little wobbly and tricky, the snow totals below are just a potential as to what could happen through April 15th. Check back in later this week for an update and more exact numbers. Some models show higher amounts for the Sierra beginning on Monday. 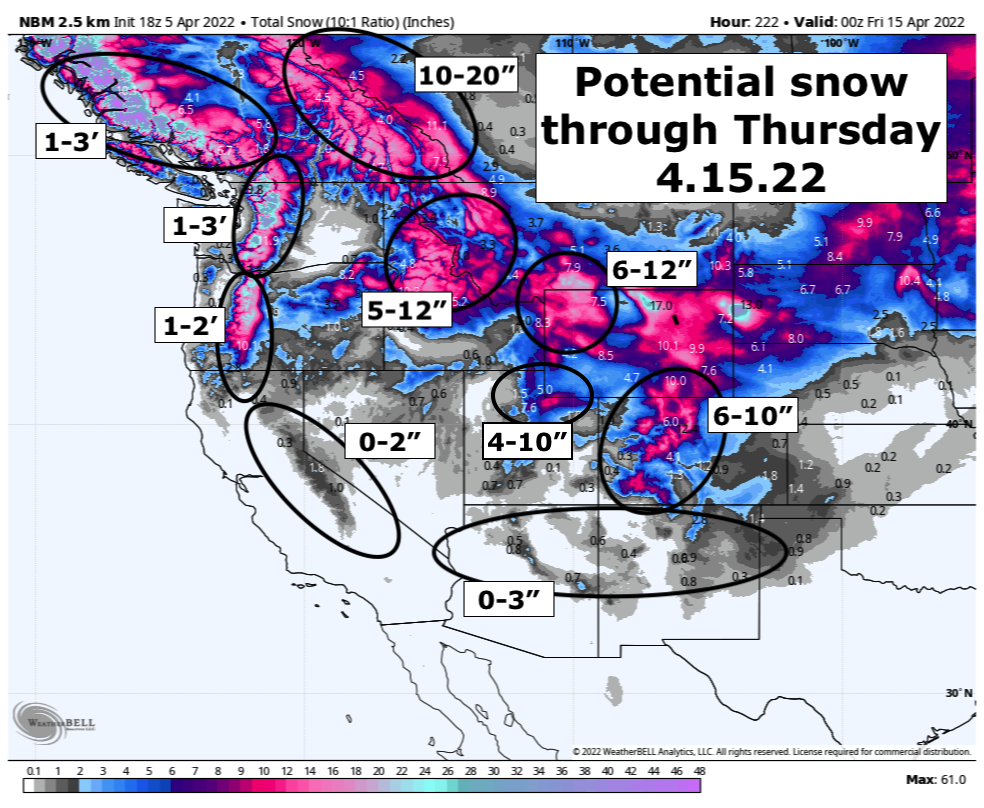 However, this does show some great potential for Spring skiing from the Cascades to the Bitteroots to the Tetons to the Colorado Rockies. We’re getting to those last big breaths of winter so take advantage of these storms!